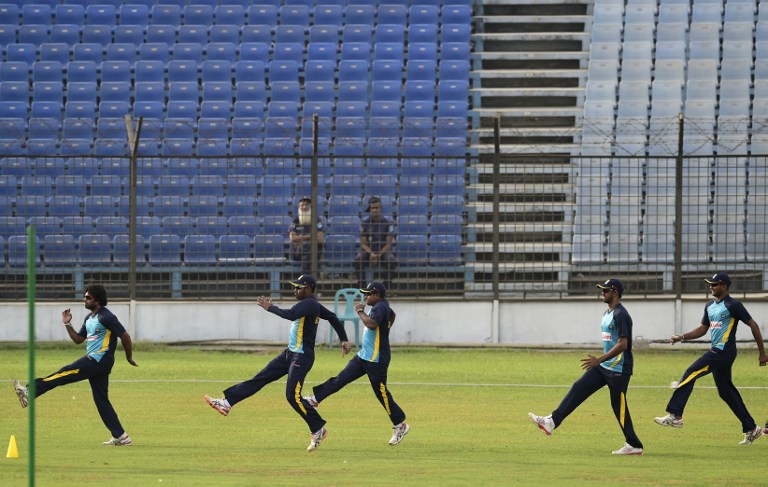 Sri Lankan cricketers prepared for the Asia Cup with a training session in Bangladesh on February 22. © AFP PHOTO

Sri Lanka will begin their Asia Cup campaign with their opening match of the tournament against the United Arab Emirates on February 25 at the Shere Bangla National Stadium in Mirpur.

Hosts Bangladesh will then take on the defending champions in the fifth match of the tournament on February 28, which will be followed by fixtures against India and Pakistan on March 1 and 4 respectively.

All matches in this edition of the Asia Cup will be played as day-night T20Is and held at the same venue.

The tournament will be televised to audiences in Sri Lanka on TNL TV, according to the broadcaster.