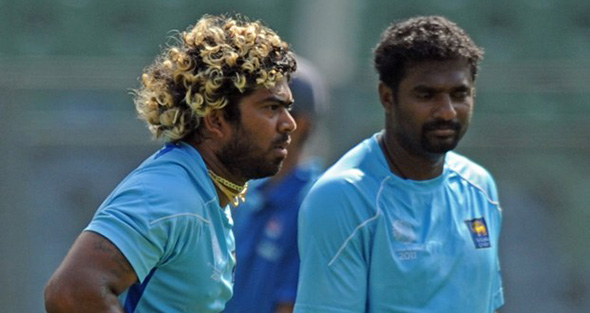 Muttiah Muralitharan and Lasith Malinga will feature for the first time in Australia’s domestic T20 tournament — the Big Bash League (BBL) — when the Melbourne Stars take on the Melbourne Renegades in the tournament opener later today at the Docklands Stadium in Melbourne.

Malinga was signed by the Stars, while the Renegades have secured the services of spin legend Muralitharan.

With Shane Warne captaining the Stars, the match will also see the spin-rivalry of old between Warne and Muralitharan reignited.

In addition to Muralitharan and Malinga, Thisara Perera and Jeevan Mendis have also been recruited by BBL teams.

Perera was picked up by the Brisbane Heat this week and will arrive in Australia today, a day ahead of his team’s opening match against the Hobart Hurricanes at the Gabba.

All-rounder Mendis will play for the Sydney Sixers, who are coached by former head coach of Sri Lanka Trevor Bayliss. The Sixers kick off their BBL campaign at the Sydney Cricket Ground against Sydney Thunder on Saturday.