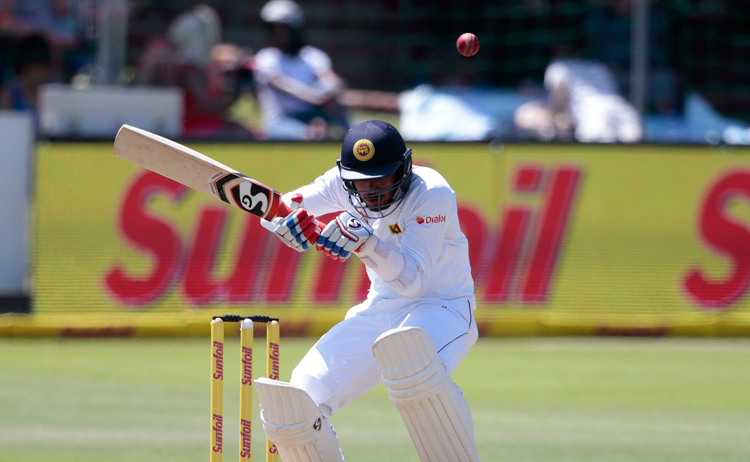 Sri Lanka fell to a resounding loss on a Port Elizabeth deck that lacked the bounce of Cape Town and Johannesburg and was also potentially helpful for the spin of Rangana Herath. In doing so, they may have lost their best, and perhaps only, chance for victory in the Test series.

The series now moves to Cape Town, which has long enjoyed a reputation as a graveyard for visiting Asian teams, before moving to Johannesburg, where the tourists will also likely struggle with the bounce and pace. Like the recently completed first Test, the weather is predicted to be fine and free of rain, so there will most-likely be a result.

Of most concern to Sri Lankan fans may be the bowling. Herath, their most potent strike force, and by some distance their best bowler, will potentially be neutralised by the conditions. As a result, it is hard to see where 20 wickets will come from, although fiery fast bowler Dushmantha Chameera may be seen as a key wicket-taker with his express pace.

Suranga Lakmal was excellent in the first innings, taking 5-64, his maiden five-wicket haul. But even after Sri Lanka had exceeded expectations on day one and the morning of day two, the batsmen let Lakmal down by being bowled out for just 205 in the first innings.

It may seem, therefore, strange that the bowling is of more concern heading into Cape Town than the batting. However, Dimuth Karunaratne and Kaushal Silva showed superb application at the crease during the second innings. The pair were tested on occasion, but largely batted without alarm, lasting 32 overs before Karunaratne fell to a run out.

Additionally, being 1-0 down in the series may suit the openers, as both men have shown they are excellent in times of crisis. Karunaratne, through his high second innings average, and Silva, with his gritty second innings century during the third Test against Australia at the SSC.

Angelo Mathews also showed glimpses of a return to form with a fluent 59, and Mendis was in full flight during his 58, while Dhananjaya de Silva managed to impress commentators and fans alike with knocks of 43 and 22.

The two batsmen who will be the most-keen to make amends for poor performances in the first Test will no doubt be Dinesh Chandimal and Kusal Perera. The latter was out twice attempting to cut deliveries so wide they were in a different postcode by the time they hit the edge of his bat.

Chandimal, as vice captain of the side, will be equally chaste after lofting Keshav Maharaj down the ground to Rabada only moments after narrowly escaping that precise dismissal, as well as falling LBW to Vernon Philander just as his partnership with Mathews was beginning to flourish. But the signs are there that the batting has nonetheless improved, and that it can improve as the tour progresses.

As far as their opponents are concerned, Mathews will be wary of the words of his opposite number, Faf du Plessis, who warned that South Africa are only "flying at 80 per cent." If a crushing 206-run win, in which the batsmen looked all at sea against the swing and seam of Philander and Abbott and the bowlers helpless in the face of a free-flowing JP Duminy onslaught is an indication of a team working at 80 per cent of their potential; Sri Lanka have reason to be very afraid indeed.

Where Mathews seemed uncertain of how to break partnerships and how best to utilise his bowling changes (something that has occasionally blighted him on long days in the field overseas), du Plessis was excellent in his management of Maharaj, and was careful not to exhaust any of his potent seam trio.

As echoed by former South African middle order stalwart Ashwell Prince, the only concern for the Proteas is some of the key batsmen failing to convert excellent starts in the middle. Conversely, as Firdose Moonda has noted on ESPNcricinfo, the bowlers were terrific in outlasting the Sri Lankan batsmen at the "patience game" and will be licking their lips at the prospect of two even more helpful pacy decks.