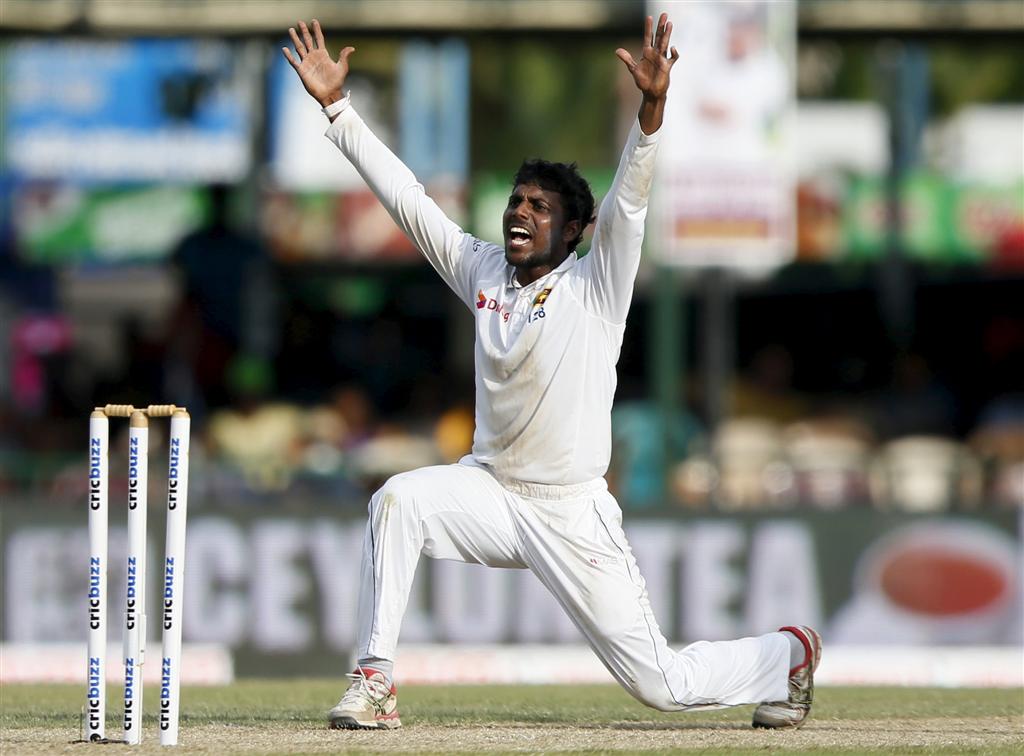 The 22-year-old off-spinner will undergo testing within 14 days. © Reuters

Sri Lanka off-spinner Tharindu Kaushal has been reported for a suspect bowling action during the third Test against India, the International Cricket Council (ICC) said on Wednesday.

The 22-year-old, with a distinctive high-knee run-up, has played six Tests for Sri Lanka and has been earmarked as the island country's spin spearhead when Rangana Herath, 37, eventually retires.

Kaushal has already taken two five-wicket hauls in his career and picked up 13 scalps in the three Tests against India, the third highest tally behind Herath and paceman Dhammika Prasad (both 15) for the Sri Lankans.

"The match officials' report, which was handed over to the Sri Lanka management, cited concerns about the legality of the 22-year-old's bowling action," the governing body said in a statement.

Kaushal will have to undergo a test on his bowling action within 14 days but will be allowed to continue bowling in international cricket until the results are known.

Sri Lanka are not in action until October when they host West Indies in a series featuring two Test matches, three one-day internationals and two Twenty20s.

Sri Lanka lost their first series at home to India in 22 years when the Virat Kohli-led tourists fought back from an opening defeat to win 2-1 on Tuesday.