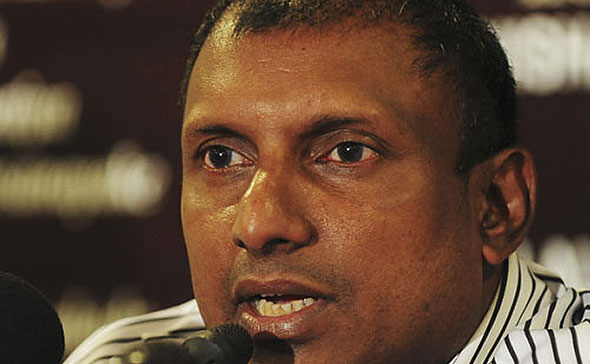 December 24, 2010 (Island Cricket): With the ICC Cricket World Cup 2011 just 56 days away, the Sri Lankan selectors are expected to name their final squad of 15 players shortly.

The selectors are expected to name their final squad on January 5, 2011, which gives them the ability to observe performances of World Cup hopefuls during the Premier League limited-over cricket tournament.

Rescheduled due to bad weather, the Premier League tournament kicks off on December 27. All matches, barring the semi-final and final, are expected to be completed by January 4 – in time for the selectors’ meeting on January 5 to decide the final squad.

The selectors have until January 19 to finalise their 15-man squad, but are expected to name the squad in the first week of January.

“We will be aware of the performances of the players who have done well during the upcoming domestic season,” de Silva, Chairman of Selectors, told a gathering of reporters recently.

However, failure at the Premier League tournament would not automatically result in non-selection. Previous performances at the international level, de Silva said, will weigh-in heavily towards their final decision.

“We should keep in mind players who have done well at the international level. For example, Thisara Perera and Tharanga Paranavitana have good records against international sides. So, while comparing, one should be reasonable.

“For instance, if Thisara Perera, Angelo Mathews or Tharanga Paranavitana fails during the domestic season at this juncture, it will not be considered as criteria for non-selection for the World Cup,” de Silva said.

Neither Vaas, nor Jayasuriya have played international cricket in recent months, which suggests their inclusion in the final squad will be entirely reliant on their performances at the upcoming Premier League.

“We all know what they can do, but we also have to consider current form,” de Silva said, when asked about the inclusion of the two veterans.

de Silva said the selectors were satisfied with Sri Lanka’s current crop of players, but will consider the veterans if they feel the squad needed the wealth of experience the two had to offer.

“It is only if there is an absolute requirement and necessity that we will look at them. We need experience as well as good performances.”

The Tier-A Premier Limited Over Tournament will get under way with Colts CC taking on SSC at the Colts Cricket Club Ground in Colombo on Monday.