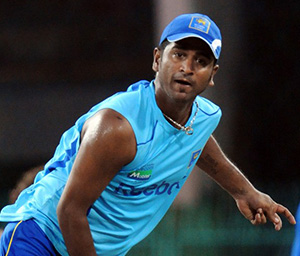 A special tribunal convicted one of the owners of the Dhaka Gladiators Wednesday of match-fixing in the tainted Bangladesh Premier League, while three international cricketers, including a player from Sri Lanka, pleaded guilty in the 2013 scandal, officials said.

Shihab Jishan Chowdhury, managing director of the reigning BPL champions, was found guilty of one charge of "being a party to an effort to fix the Chittagong match," the tribunal said.

"Vincent, Lokuarachchi and Ashraful have already pleaded guilty," Shakil Kasem, a member of Bangladesh Cricket Board’s three-member Anti-Corruption Tribunal told AFP. "We’re going to review their guilty pleas, deliberate on that and come up with sanctions within two weeks." Kasem added the sentence against Chowdhury will also be delivered in two weeks.

Six people, including ex-Bangladesh cricketer Mohammad Rafique, were cleared of all charges.

Thirty-five-year old batsman Vincent played for the Khulna Royals in the BPL. He represented the Kiwis in 23 Tests and 109 one-day internationals.

Nine people were named in the scandal, including seven who have been charged with match-fixing offences, and two others charged with failing to comply with their obligation to report corruption.

Ashraful was allegedly involved in fixing a match between the Dhaka Gladiators and the Chittagong Kings.

Local media have reported that the batsman was paid about one million taka ($12,800) to lose the match on February 2.

Ashraful, who became the country’s youngest Test centurion in 2001 at the age of 17, was also allegedly involved in fixing another match 10 days later against the Barisal Burners, which his team lost by seven wickets, local reports have said.

"The Provisional Suspension imposed upon each of Mosharraf Hossain Rubel and Mahbubul Alam Robin is lifted with immediate effect," the tribunal said.

"The Tribunal expects to give its full reasons for the aforesaid determination within a few days, hopefully within the next two weeks." In a joint statement, the International Cricket Council (ICC) and the Bangladesh Cricket Board (BCB) said they "are surprised and obviously disappointed with the outcome."

"Both organisations await the Tribunal’s detailed written determination setting out the reasons for the outcome, which will be provided shortly, and will consider it carefully before determining the next steps, including whether to appeal any aspect(s) of the judgement."