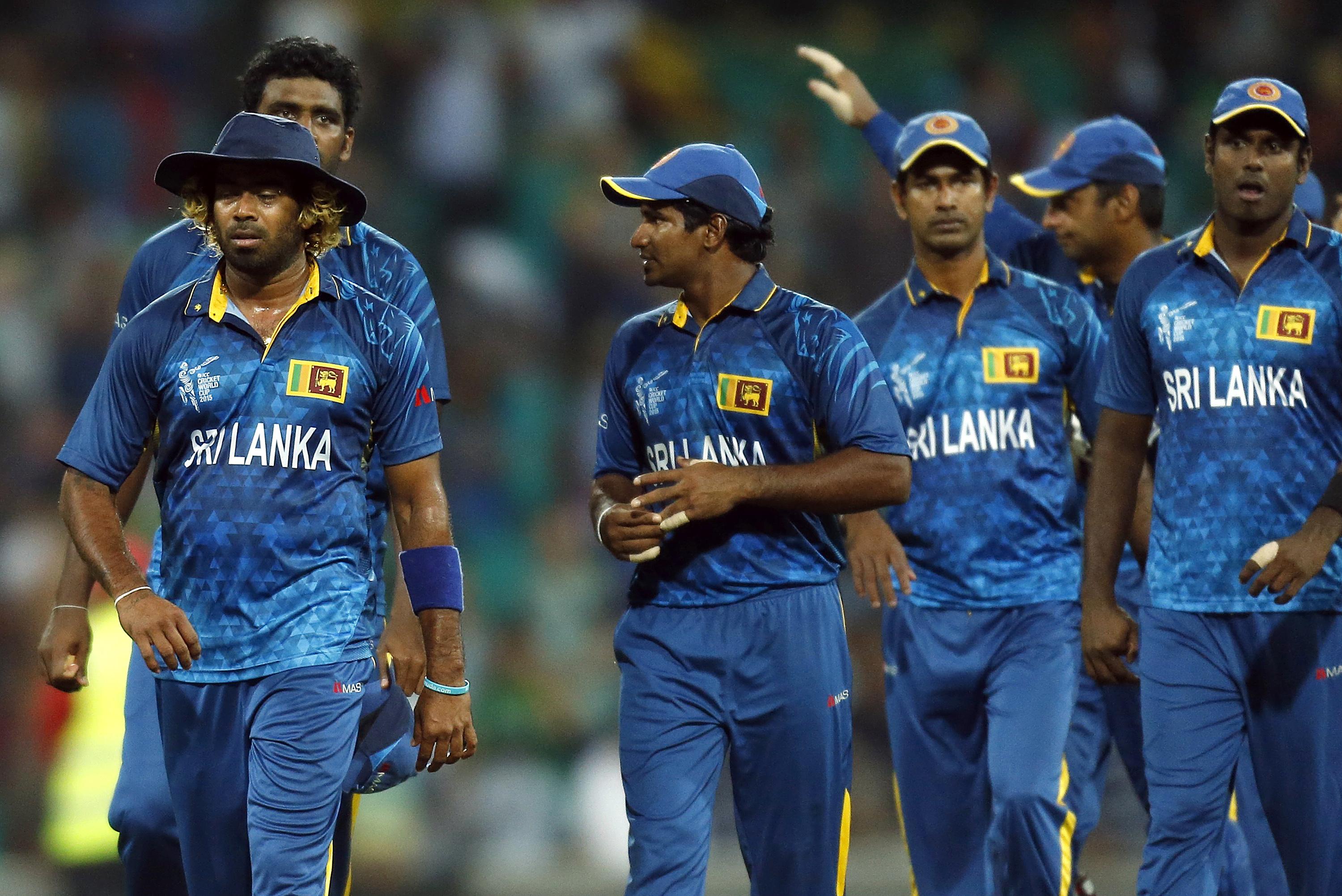 Sri Lanka were thrashed in the shortest World Cup knockout match ever. © Reuters

To say the nine-wicket loss to South Africa in the ICC Cricket World Cup 2015 was a bad day for Sri Lanka cricket is a massive understatement. And although I do not want to be critical, the reality has to be faced that while much of the pre-match talk was of South Africa's past record of choking, when the crunch came it was Sri Lanka that was found wanting right across the board.

I give South Africa full credit for the way they played as, having lost the toss, their fast bowlers were excellent first-up and that created the situation where the spinners were able to steal the show. But Sri Lanka's selections, the batting order and the way many of the batsmen handled those spinners left me scratching my head.

I simply could not understand why the decision was taken to break up the opening pairing of Lahiru Thirimanne and Tillakaratne Dilshan as that had been one of the successes of the tournament. The man who replaced Thirimanne at the top of the order, Kusal Perera, has done the job in the past and when he is in form he has the potential to get the side off to a flying start. But having joined the tour late as an injury replacement, he has had limited chances in the middle order and so to thrust him into such a pressure game and a pressure situation, and break up the established opening pairing, seemed a very odd call.

And it was also tough on Upul Tharanga, a recognised opener and another player drafted in as an injury replacement. He arrived before Kusal and has the experience of opening in two previous World Cups, but now in this big game, with the decision made to use Thirimanne to bolster the middle order, he was overlooked.

This was not a time for major changes of this sort and the old saying "if it is not broken then do not fix it" should have applied to the opening pair. By using Thirimanne in trying to strengthen the middle order, another problem was created: early wickets were lost, momentum stalled and it left Kumar Sangakkara having to be cautious rather than expansive, something that played in South Africa's hands.

There may be some who will criticise Sanga for not being positive enough early on, but that ignores not only that problem he had in trying to rebuild after the loss of the two early wickets but also the fact that South Africa's seam bowlers were very, very impressive.

I thought it was advantage Sri Lanka when the coin came down in Angelo Mathews' favour and despite Sri Lanka's final score of 133, I would still maintain that 270 was a par score batting first on that pitch and in the knock-out situation. But Kyle Abbott, Dale Steyn and Morne Morkel were top-class and if they can bowl as well as that for the remainder of the tournament then South Africa represent a very real chance to lift the World Cup.

Mahela Jayawardene walks off for the final time in ODIs. © AFP PHOTO

The quality of South Africa's new ball bowling and the fact they got early wickets meant the spinners were able to operate with all the pressure on Sri Lanka's batsmen as those batsmen were not able to be as expansive as they would have wanted to be had there been wickets in hand and a good platform laid. But all the same I was shocked at how poorly the batsmen coped with Imran Tahir and JP Duminy. To lose seven wickets to that pair in those conditions was just wrong and the players will know that.

While South Africa's bowlers clicked, the same could not be said for Sri Lanka's attack although it is hard to be critical of bowlers when trying to defend such a small total. And once again I was left bewildered by a couple of choices made.

Dushmantha Chameera is a great prospect but to pick him for the knock-out match after just one match in the tournament against Scotland, while the more experienced Suranga Lakmal was on the sidelines surprised me. I know Lakmal has not been in outstanding form, but it was asking a lot — probably too much — of Chameera to be picked for a match of this nature.

The same was true of the selection of Tharindu Kaushal. I know Rangana Herath was not available, and that was a huge hole to fill, but to pick a player for his One-Day International debut in such a massive match, especially with Sachithra Senanayake also in the squad, amazed me. I would have gone for both Lakmal and Senanayake as in big matches like that you need players with experience who have been there and done it before.

Of course, had the selection gambles worked then we would have been hailing them as brilliant calls — that is the nature of cricket and the nature of selection. But, to me, they were all low percentage calls and worked against Sri Lanka.

Injuries have obviously not helped the squad at this tournament with five players ruled out but you also have to say that a quarter-final exit is a fair reflection of the way the side has performed. Big wins against England and Bangladesh disguised unconvincing wins against Afghanistan and Scotland, as well as big losses against New Zealand, Australia and now South Africa. That is not World Cup-winning form and everyone needs to realise that.

It was a disappointing farewell for the two legends. © AFP PHOTO

The match was a sad way for Sanga and Mahela Jayawardene to bow out of One-Day International cricket, but sadly, dream finishes are usually the stuff of storybooks rather than reality. You cannot have glory every time and the pair can leave the stage knowing they have made Sri Lanka proud on many, many occasions and that they have conducted themselves superbly through their career as great ambassadors for cricket and the country.

Their retirement is obviously sad but it presents Sri Lankan cricket with the chance to start planning for the next World Cup straight away.

The side has no cricket for the next three months and that gives those involved in the game back home the opportunity to assess where things go from here. My own view is that as we have come to the end of the four-year cycle that climaxes with the World Cup, it is time to totally rebuild the one-day side.

An assessment has to be made about whether players are going to be around in four years' time for the next World Cup in England and Wales and if they are not then it is time to blood younger players in their places. It may mean some short-term pain but it would be a long-term gain for Sri Lanka if, in 2019, those players coming in have several years of experience under their belts and are ready for top-level cricket. After all, even allowing for injuries this time around, Sri Lanka cricket cannot again allow itself to have two members of the bowling attack in a knock-out match with just four caps between them.

The reality is that, with the possible exception of Sachin Tendulkar, players very rarely find their feet in international cricket immediately and so time needs to be invested to allow newcomers to bed in, through international exposure and A team tours.

Australia have gone through the process of having a difficult run after a host of top names retired after the 2007 World Cup and now the youngsters they called up — the likes of Steven Smith, David Warner and Mitchell Starc — are really making their marks.

The Sri Lanka side was rebuilt after the failures of the 1999 World Cup campaign, and the players that developed after that have gave the country a sustained run of success at major events. After the disappointment of this result in Sydney it is time to go through the process again.