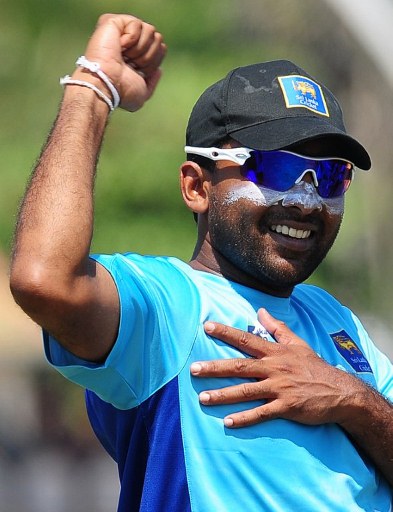 Captain of Sri Lanka Mahela Jayawardene won the toss and chose to bat first, against England in the second Test at the P. Sara Oval in Colombo.

Sri Lanka, who lead the two-match series 1-0, have made two changes to their side. Dhammika Prasad and Angelo Mathews have replaced injured Chanaka Welegedara and Dinesh Chandimal.

England have replaced the injured Stuart Broad with Tim Bresnan and have dropped Monty Panesar to bring the tall paceman Steven Finn.