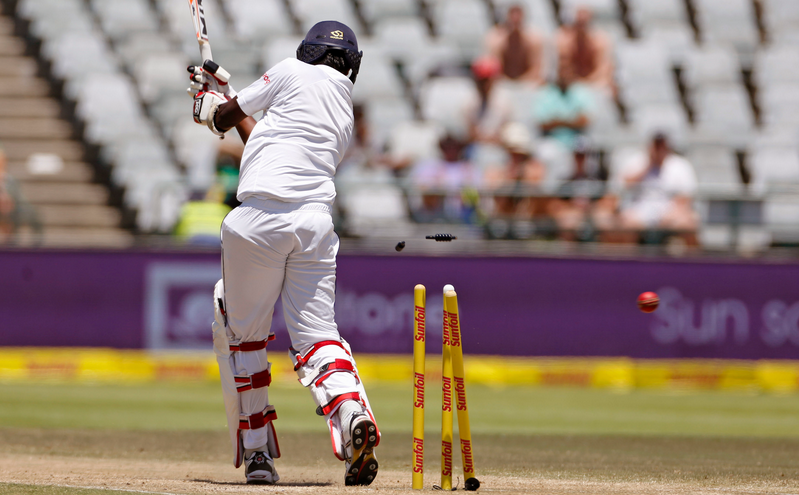 Sri Lanka were planned to tour for a three Test series as the curtain raiser to a four Test Australian tour later this year. Now, owing to their poor showing in the opening two Tests, which have been won by South Africa by 206 and 283 runs respectively, Cricket South Africa have reconsidered their invitation.

"It's very unlikely, and I've already given the indication to Sri Lanka that they should avail themselves to someone else," Lorgat said of Sri Lanka's tour.

Lorgat confirms that he has given Sri Lanka an indication that it is unlikely that another tour will take place later this yr or next yr pic.twitter.com/1K1YsbPon0

They will now seek to invite India for a full tour of three Tests, five One-Day Internationals and three Twenty20 Internationals. This is conditional upon whether India would then be in the midst of a series with Pakistan at the time, but this may be cancelled due to ongoing political strife between the two nations. The previous India-Pakistan series, scheduled for December 2015, was cancelled for the same reason.

Although India has not yet responded to Cricket South Africa's invitation, Lorgat suggested that may be because of the Supreme Court case that the BCCI is currently embroiled in.

"About the tour schedule with India, I'm not reading anything untoward," Lorgat said. "They've got a difficult period that they're going through currently. You would have read the president has been removed and the secretary has been removed. They are in a state of turmoil. I've been assured by them that in the next few weeks they will try and confirm that, but they've got a history of not confirming until a few months or a few weeks before."

As there is no return series planned in Sri Lanka, this limits Sri Lanka's potential to protest against South Africa's likely cancellation of their tour. Lorgat said that Cricket South Africa has a "packed season" for 2017, including Bangladesh, Australia and potentially India.

As India contribute by far the highest amount of income to the International Cricket Council's (ICC) coffers, the broadcasting revenue generated by an away tour by them represents invaluable money for the host board.

In light of the "Big Three" agreement struck by India, England and Australia, a tour by the Indian cricket team has since become even more of a crucial money-spinner to the boards with a smaller share of the ICC income pie, such as Sri Lanka, Bangladesh, South Africa and the West Indies.

Sri Lanka Cricket is yet to comment on the matter.