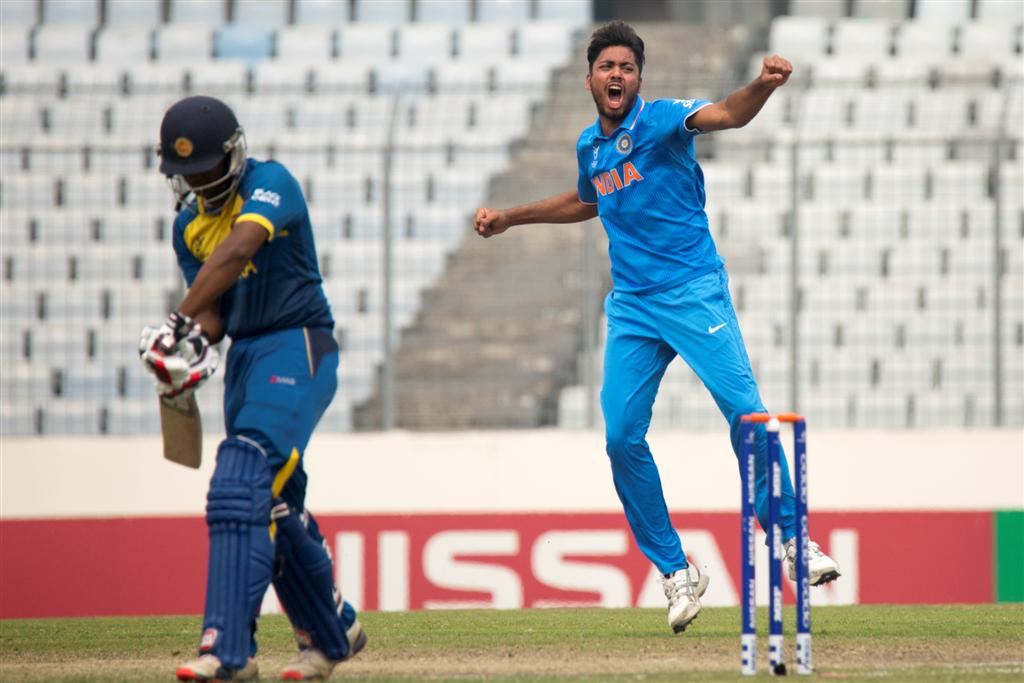 Sri Lanka suffered a 97-run defeat to India in the semi-final of the ICC U19 Cricket World Cup 2016 in Bangladesh on Tuesday.

Anmolpreet Singh scored 72 and Sarfaraz Khan made 59, as India recovered from early setbacks to post 267/9 after being put into bat on a misty morning in Mirpur.

Sri Lanka were dismissed for 170 in 42.4 overs to hand three-time champions India their fifth appearance in the final.

Skipper Ishan Kishan's men await the winner of Thursday's second semi-final between host Bangladesh and the West Indies in the title clash in Mirpur on February 14.

India lost openers Rishabh Pant and Kishan by the 10th over to slip to 27/2 in conditions that suited Sri Lanka's seam bowlers.

Sarfaraz and man-of-the-match Anmolpreet revived the innings by adding 96 for the third wicket with a mix of big shots and sharp ones and twos.

Sarfaraz hit six fours and a six while Anmolpreet, playing only his second match in the tournament, matched his senior partner with the same number of hits to the fence.

Sri Lanka grabbed six wickets in the final 10 overs, but India still managed to add 89 runs as Armaan Jaffer pushed the score along with a 16-ball 29.

Seamer Asitha Fernando was the most successful Sri Lankan bowler with 4/43, while new-ball partner Lahiru Kumar and spinner Thilan Nimesh picked up two wickets each.

Sri Lanka slipped to 42/3 following the loss of skipper and star batsman Charith Asalanka in the 10th over, before Kamindu Mendis (39) and Shammu Ashan (38) engineered a brief recovery.

But, once left-arm spinner Mayank Dagar had Mendis caught off a top-edged sweep and Ashan ran himself out, Sri Lanka caved in tamely against the steady India bowlers.

"To enter the final unbeaten in the tournament so far shows we have executed our plans well," said Kishan, adding: "Anmolpreet and Sarfaraz brought us back in our innings and then the bowlers kept the pressure to restrict Sri Lanka.

"The final will be a new game. We have to prepare well and be ready for the challenge."

Asalanka said his team allowed the match to slip away after pinning India against the ropes.

"I thought we did well to restrict the Indians both at the start and the end of their innings," the Sri Lankan captain said. "But then we let slip the advantage.

"The target was not difficult, but we kept losing wickets. No one stayed long enough to take us through."