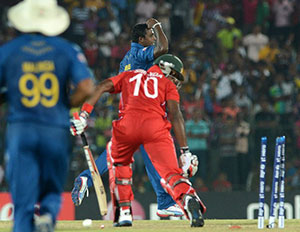 The ODI-leg of the tour begins on October 26, with the second ODI scheduled to be played on October 28 and the third on October 31. The first two ODIs will be held at the Harare Sports Club and the final ODI at the Queens Sports Club in Bulawayo.

The tour ends with two T20 matches on November 2 and 4 at the Queens Sports Club in Bulawayo.

The selectors have named a 27-man preliminary squad, but have not yet announced who will be skipper, or if they will continue to utilise their policy of using multiple skippers for different formats. It is likely that they will persist with Angelo Mathews as Test and ODI skipper and Dinesh Chandimal as T20 skipper.