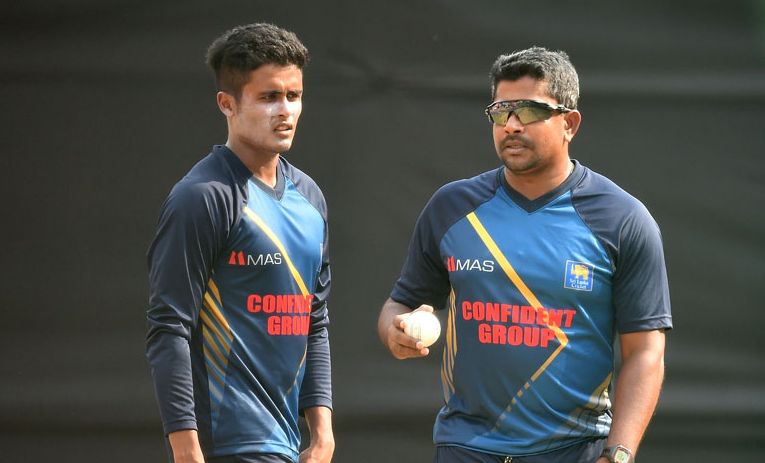 Jeffrey Vandersay has been sent to India after Rangana Herath was ruled out of the third Test against India due to soreness in his back. © AFP

Rangana Herath has been ruled out of the third Test match against India in Delhi and Sri Lanka will turn to uncapped leg spinner Jeffrey Vandersay to replace him in the squad.

Herath, who did not make much of an impact with the ball in this series, will miss the Test due to back soreness. A similar condition was cited when Herath missed the last match of the three-Test series against India in August at home.

Right-arm leg spinner Vandersay has 168 first-class wickets to his name through 36 appearances (ave 24.87) and has also represented Sri Lanka at ODI and T20I level. He got the nod after left-armer Malinda Pushpakumara was also ruled out due to a failed fitness test, according to chief selector Graeme Labrooy.

"Our plan was to fly in Malinda Pushpakumara, but he has failed a fitness test. Vandersay will now be the replacement," Labrooy told CricBuzz.

Vandersay still has a battle for a spot in the team, as Sri Lanka also have chinaman bowler Lakshan Sandakan in their squad.

Sri Lanka go into the final Test match, which begins on December 2, 1-0 down in the series.