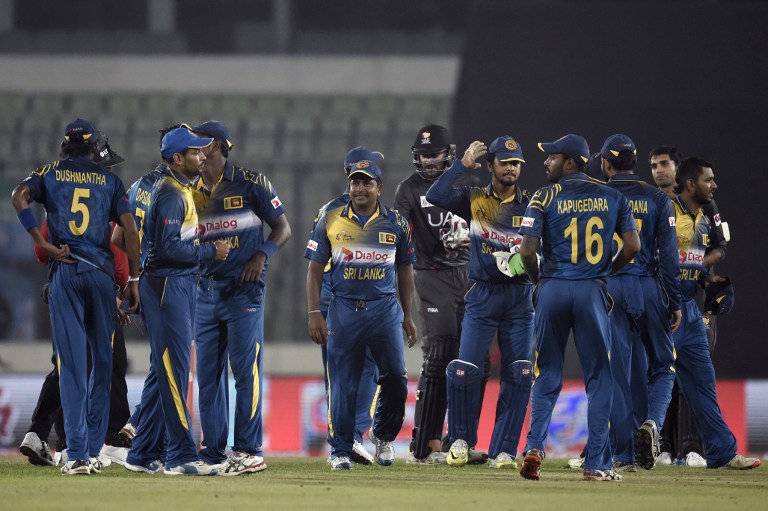 Sri Lankan cricketers celebrate after their win against UAE at the Asia Cup. © AFP PHOTO

Sri Lanka defeated United Arab Emirates by 14 runs in their first match of the Asia Cup tournament at the Shere Bangla National Stadium in Dhaka on Thursday in an exciting encounter that went down to the last over, with UAE putting the defending champions under pressure right from the onset.

Sri Lanka batted first after being sent in and managed a below par 129/8 after finding themselves at 98/4 in the 16th over.

Openers Dinesh Chandimal and Tillakaratne Dilshan added 68 for the first wicket in 9.1 overs, which was Sri Lanka's highest partnership of their innings, but the UAE managed to restrict them thereafter.

The underdogs UAE almost pulled off an upset but Sri Lanka skipper Lasith Malinga took 4/26, and Nuwan Kulasekara chipped in with three wickets (3/10), to help them defend their low total.

Swapnil Patil top scored for UAE with 37 and could not find much support at the other end to put up a partnership to see them chase down Sri Lanka's moderate total.

Sri Lanka will next play hosts Bangladesh on February 28 at the same venue.