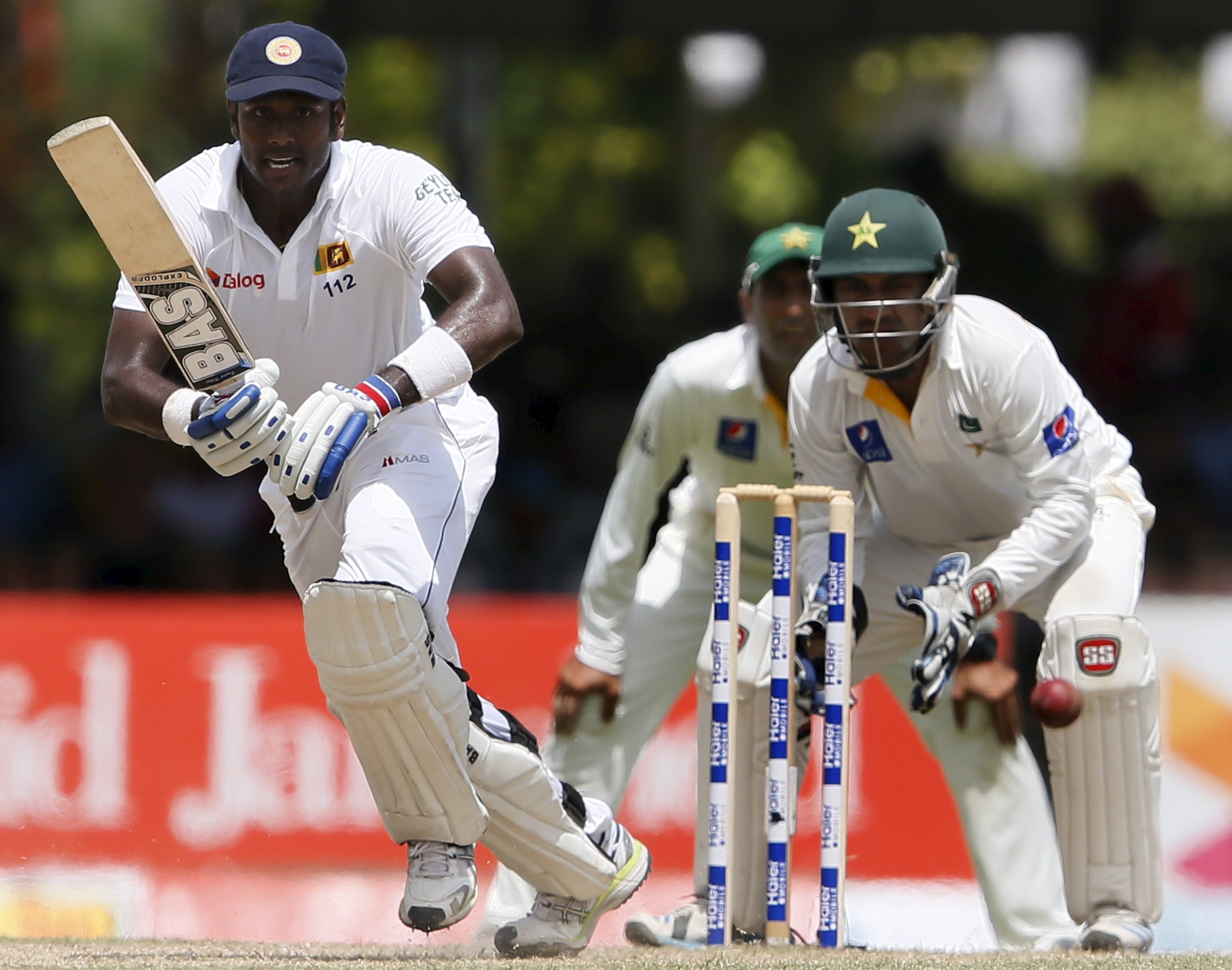 Sri Lanka failed to make the most of Pakistan's depleted attack and lost three wickets in the second session to reach 231 for six at tea on the second day of the second Test on Friday.

Skipper Angelo Mathews was batting on 57 with Dhammika Prasad (13) at the other end with the hosts, pushing for a series-levelling victory, leading by 93 runs with four wickets in hand at the P Sara Oval.

Leg-spinner Yasir Shah (3-70) dismissed Dinesh Chandimal and Kithuruwan Vithanage cheaply after lunch, having also been involved in Kaushal Silva's (80) run out that pegged back Sri Lanka.

Shot out for 138 in their first innings, Pakistan received another jolt when Wahab Riaz, nursing a hand injury sustained while batting, was ruled out of the entire series, taking much of the sting off his team's pace attack.

Resuming on 70 for one, Sri Lanka lost Kumar Sangakkara (34) before reaching the 100-run mark after the southpaw played a lofted shot against left-arm spinner Zulfiqar Babar and Asad Shafiq ran backwards to take a good catch at long on.

Pakistan's improved catching also sent back Lahiru Thirimanne who offered a bat-pad catch off Shah and an alert Azhar Ali pouched it at short leg in his second attempt.

Mathews and Silva added 72 runs to steady the innings before a miscommunication led to the opener being run out after a patient 218-ball knock that included 10 boundaries.

Shah, who took seven second innings wickets at Galle to set up Pakistan's comprehensive victory in the first Test, then dealt two quick blows castling Chandimal and Vithanage who paid the price for poor shot selection.