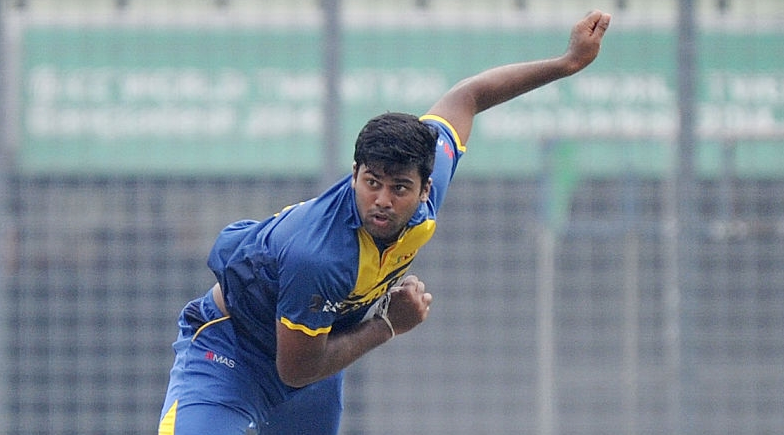 Teenage paceman Lahiru Kumara has been included in the squad. © ICC

Sri Lanka have picked Lahiru Kumara in their squad for the third ODI against Australia, while all-rounder Milinda Siriwardana has been dropped.

The teenage paceman Kumara impressed in England recently, taking 19 wickets for Sri Lanka Under-19 to help whitewash the hosts in a dominant performance.

The third ODI on Sunday will be veteran Tillakaratne Dilshan's farewell match, as he had announced he will retire from ODI cricket after the match in Dambulla.