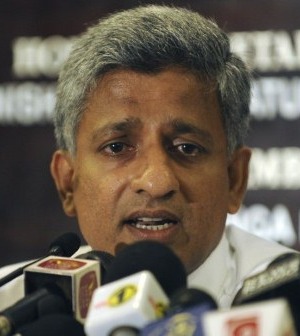 A 15-year deal between a little-known company in Singapore and Sri Lanka’s cricket board for the Sri Lanka Premier League (SLPL) has left opposition lawmakers in Sri Lanka outraged.

Apart from handing the tournament to Somerset Entertainment Ventures (SEV) for more than a decade, there has also been criticism for awarding local television rights to Carlton Sports Network (CSN).

Last year, Sri Lanka Cricket (SLC) was forced to postpone the SLPL after the Indian cricket board refused to send its players for the tournament. India, whose players draw in millions of dollars in advertising revenue, were unhappy that their players were asked to sign contracts with SEV instead of the island’s cricket board, an Indian official said at the time. It was also reported that the Indian cricket authorities suspected Lalit Modi’s involvement in SEV. Modi, the former Indian Premier League boss, is facing criminal charges in India.

SLC announced this week that it had handed the organising and management of the SLPL to the Singapore-based company with the signing of a new agreement. The previous agreement between the two parties came under the radar of the parliamentary oversight committee known as COPE.

Last month, cricket board officials were present before COPE to inform the committee that walking away from the agreement with SEV would prove costly for SLC, sports minister Mahindananda Aluthgamage said. COPE then agreed to the signing of a new modified agreement between the two parties.

“According to the new agreement, we were able to reduce the number of years Somerset had been awarded rights for the tournament from 25 years to 15 years.”

Aluthgamage insisted that SEV won the tender through a transparent tender process.

"We accept that SEV is a newly registered company. But, SLC realised that they are capable of handling this tournament, which is why they awarded the contract to them," Aluthgamage said.

“Nishantha Ranatunga being the secretary of SLC and chief executive of CSN are two different matters that need not be confused as one,” Aluthgamage said.

According to Aluthgamage, CSN was awarded the rights to telecast the tournament because they had offered the best bid.

The cabinet previously decided to only permit television stations dedicated to sports programming and state media to bid for television rights for cricket tournaments. Opposition lawmakers accuse the government of clearing the way for CSN, a fledgling broadcaster said to be lacking island-wide coverage, by only allowing sports channels and state media to bid for rights. The move, critics argue, has prevented other private broadcasters, whose programming is not entirely dedicated to sports, from bidding.

After looking into the conduct of the cricket board, COPE said in its report that the committee expressed its “dissatisfaction” over the awarding of television rights “to an organisation in which the secretary of the cricket board was functioning as the CEO.”

Despite the committee’s discontent, no action has been taken.

The inaugural SLPL will be held from August 10 to 31.