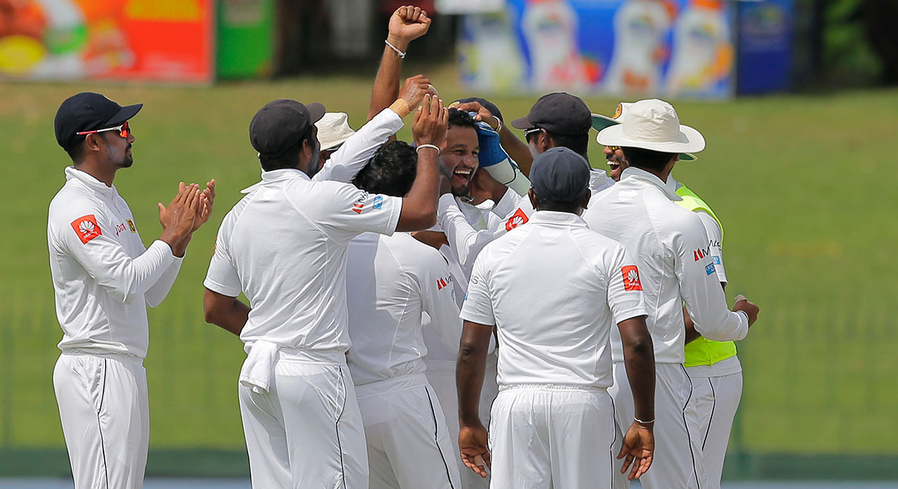 While the third and final Test in Pallekele may be a dead rubber, the hosts have a lot to play for. © Associated Press

Sri Lanka will no doubt be doing a lot of soul searching after another crushing defeat to India in the second Test at Colombo. Many critics have pointed to this second consecutive loss as yet another indication that there is a widening gulf between the two teams.

After losing the toss for a second time in a row, Sri Lanka started poorly at the SSC but had India in some trouble in the middle session at 133/3. Debutant Malinda Pushpakumara was brought on and was ineffective, releasing the pressure wrought on the Indian batsmen by Sri Lanka's other bowlers.

Yet again, as a result of missed chances, Sri Lanka were left staring at a score in excess of 300 with only three wickets claimed at the end of the first day. This time though they may have found some comfort in not losing a player on the opening day of a Test, as what happened in the first match of the series, when Asela Gunaratne shelled a chance from Shikhar Dhawan and fractured his thumb in the process.

Sri Lanka then folded in the space of a session after conceding 600, but a better effort was made during the follow-on, with the home side scoring nearly 400 on a wearing pitch. Nonetheless, it was too little too late.

Sri Lankan batsmen showed intent to improve in the second innings, but with the ball this attack is nowhere near menacing against the world's No. 1 Test side; the hosts' biggest problem lies with its bowling attack.

In the form of Gunaratne, Danushka Gunathilaka, Milinda Siriwardana and even the recall of Upul Tharanga, the selectors have turned to players with ample domestic experience to deal with the loss of Mahela Jayawardene, Tillakaratne Dilshan and Kumar Sangakkara. With the exception of Tharanga, each of these players have little international experience but were picked on the strength of their first-class experience. 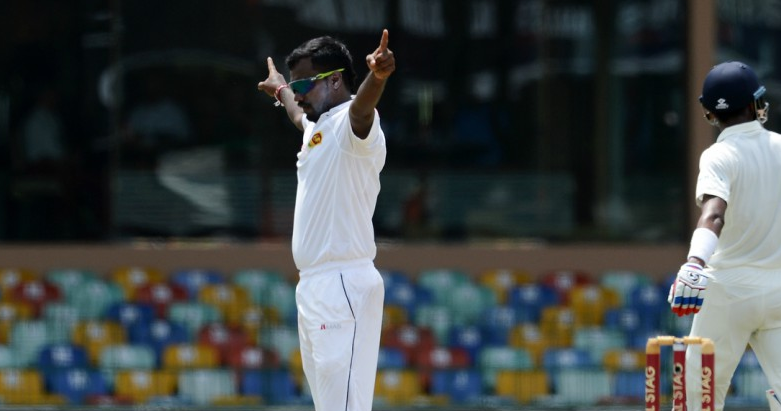 Bowling on a helpful track for spinners, Malinda Pushpakumara failed to live up to the hype his first-class record had created. © AFP

This may have been the same rationale behind picking 30-year-old Malinda Pushpakumara, but he failed to make use of his experience, and his bizarre dismissal in the second innings certainly did not represent a sense of calm.

Pushpakumara was bowled attempting a silly-looking reverse-sweep off Ravinchandran Ashwin after doing well enough to almost bat out an hour as nightwatchman. He also conceded 152 runs, taking just two wickets, in Sri Lanka's only fielding innings and leaked boundary balls on a regular basis.

After Pushpakumara's lacklustre debut, Sri Lanka will perhaps be looking at picking another spinner for the Pallekele Test.

Rangana Herath, who has suffered a minor back injury and is being rested for the final Test, has tried admirably to prise open the tough nut that is the Indian batting lineup, but even he has been made to work hard for wickets.

Dilruwan Perera will be pleased with his batting form in the lower order but he lacked the wicket-taking menace and bite he showed during last year's home season against Australia.

In addition, Sri Lanka are hamstrung in the pace bowling department with Nuwan Pradeep battling another injury.

Pradeep was by far Sri Lanka's best bowler in Galle, taking his maiden five-wicket haul, but young tearaway Lahiru Kumara was expensive. Dinesh Chandimal turned to opening batsman Dimuth Karunaratne for medium-pace in Colombo, but it may perhaps be worth recalling speedster Dushmantha Chameera back into the attack in Pallekele.

Niroshan Dickwella has been a refreshing change, batting in the middle order this series. His attacking approach breathed life back into some dull sessions and often inspired the non-striker with a second wind as well.

Dickwella scored a sparkling 81 last month to guide Sri Lanka to an improbable target of 388 against Zimbabwe in the one-off Test and followed this with 67 in Galle against India. In Colombo, he struck a swashbuckling 51 from only 48 balls and thrived on the sweep in a quick-fire 31 in the second innings before he ran out of partners.

Karunaratne has also been remarkably consistent at the top of the order. He was bowled for 97 in the Galle Test after looking calm at the crease. He was again a serene presence in Colombo but got an unplayable delivery from Ravindra Jadeja that fizzed with a puff of dust and onto his gloves to be removed for 141.

Four of Karunaratne's six Test centuries have now come in the second innings, and he will do well to look at more consistent scoring in the first innings.

Also positive was the return to form of Kusal Mendis, who challenged Jadeja and Ravichandran Ashwin with the sweep.

Although there is considerably more to smile about for Sri Lanka with the bat than with the ball, the failure of now senior men Chandimal, Tharanga and Angelo Mathews to fully shoulder the load of responsibility should still no doubt be of serious concern.

Mathews looked determined during the first innings at Galle but was caught by Virat Kohli trying to loft Jadeja inside out. He was dismissed in the second dig, irresponsibly charging down the wicket attempting a big six to the same bowler.

Tharanga was the victim of an unfortunate run out in Galle but twin single-figure knocks might have left his place in danger without a big score in Pallekele, while Chandimal will be disappointed at making such a meagre contribution with the bat as captain.

For Sri Lanka to end the Test series well and go into their next away tour on a good note, the bowlers must first seek to limit India to at least manageable scores.

It is unrealistic to expect this Sri Lankan bowling attack to be dismissing this much vaunted Indian batting lineup for paltry scores, but keeping India to under 500 is a must. If they can actually achieve that without their stalwart Herath in the side is debatable.

With more attainable targets though, the hope for the hosts will be that their senior batsmen will then be able to bat more sensibly. If this is does happen whilst the budding new talent continues to flourish in the middle order, there may be more positive signs on the horizon for Sri Lanka, even against such strong opposition as India.