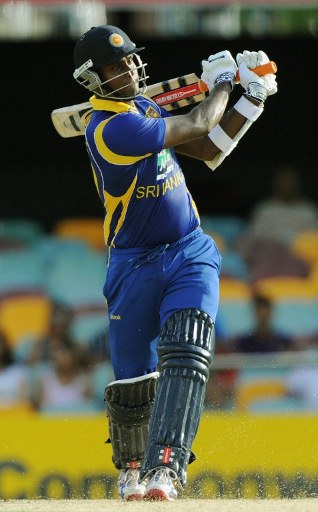 After a crushing win in the second Commonwealth Bank Series final against the hosts Australia, Sri Lanka are on the verge of a historic victory. If they win the third final today, it will be their maiden Australian tri-series victory since first taking part in the tournament in 1984-85. An island, with a population in excess of 20 million wait with bated breath. Hundreds of Sri Lankan cricket fans across Australia are scampering as we speak to find last-minute deals to head to the Adelaide Oval.

Sri Lanka has qualified for two previous tri-series finals but never have they been this dominant against the mighty hosts. In this series, Mahela Jayawardene’s men have defeated Australia four times in six encounters.

Given the fact that they are still unpaid, Sri Lanka’s brilliance on the field deserves extra commendation. Their batsmen and bowlers top the series table for most runs and most wickets. With 18 wickets in 10 matches, Lasith Malinga is the tournament’s highest wicket-taker. Tillakaratne Dilshan’s 505 runs (2x100s 1x50s ave: 56.11) makes him the highest run-scorer of the tournament.

The surface in Adelaide will be the same as the one used for the second final – there will be wear and tear, and that suits Sri Lanka’s game. Compounding Australia’s problems are injuries to key players. Australia have lost their centurion from the second final captain Michael Clarke due to a hamstring injury and fast bowler James Pattinson to a buttock strain.

The world’s number-one ranked team in this format had planned to blast out Sri Lanka with pace in this series, just as they did the Indians. But the islanders, after acclimatising to quick, bouncy surfaces in South Africa in their previous tour, have carted the Aussie quicks to all parts. They have surpassed 270 runs on three occasions and their batsmen have score almost 600 runs in the two finals thus far.

Faced with a weary surface in Adelaide and the inability of their fastmen to curb Sri Lanka’s attacking batsmen, the hosts have changed their game plan. They have turned to spin. Australian coach Mickey Arthur has unveiled a plan which may see Australia play two spinners – Xavier Doherty and Nathan Lyon. If he is picked, it will be Lyon’s first match of the tri-series.

"There’s a chance he will play tomorrow. We will have a couple of tricks up our sleeve. Hopefully they work for us. We have given a lot of thought to them and hopefully we get the result," Arthur told reporters.

The Australian coach feels that Sri Lanka’s batting is heavily reliant on Dilshan, Jayawardene and Kumar Sangakkara, and believes that if Australia can "crack open [Sri Lanka’s] top order and get into the softer underbelly of their middle order", they can win.

"I know [Dinesh] Chandimal has played exceptionally well. He’s played well with one of those other players at the other end. I think we saw that in Melbourne the other night. When Sangakkara got out, he lost his way a little bit without the experience at the other end," Arthur said.

However, Sri Lanka’s lower-order too has shown resilience against Australia’s bowling. In the first final, Nuwan Kulasekara and Dammika Prasad, along with Upul Tharanga in the middle-order, helped Sri Lanka surpass 300 runs while chasing 321 to win.

Injury-wise, Sri Lanka are struggling without the presence of Angelo Mathews and Thisara Perera. While Perera has flown back to Sri Lanka, a fitness test later today will determine if Mathews will be available.

The series decider will get underway on March 8 at the Adelaide Oval at 13:50 local time.