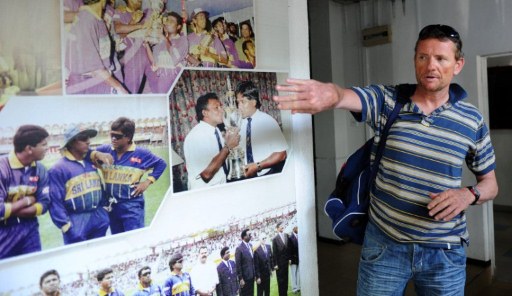 Sri Lanka is in a rebuilding phase but they must not lose focus on winning Test matches
By Rex Clementine | May 5, 2012

One of Sri Lanka’s busiest international cricket seasons gets underway later this month following the arrival of Pakistan’s national cricket team, who will be here for seven weeks, during which period they will play three Tests, five ODIs and two T20s. That series will be followed by an ODI series against India prior to the ICC World T20, which will be played in three Sri Lankan venues – Hambantota, Pallekele and R. Premadasa Stadium in Colombo.

New Zealand will also be involved in a series against Sri Lanka for two Tests and five ODIs and then comes the most important series of them all, Sri Lanka’s tour of Australia starting in November.

The tour of Australia is crucial for Sri Lanka because Australia is one of two places where the Sri Lankans are yet to record a Test win. The other being India. This will be Sri Lanka’s first three Test series in Australia in 17 years, as their last two Test series down under in 2004 and 2007 were two match affairs.

What’s more, they will be also involved in the Boxing Day Test match – the biggest day in Australia’s cricket calendar. Last year, the Boxing Day’s proceedings were witnessed by over 70,000 people, while the previous year saw over 85,000 people attending.

Given Australia’s problems in recent years, they are vulnerable in many areas. And having done the unthinkable in Durban last year, Sri Lankan fans would be hoping the team is able to deliver another memorable Christmas gift this year as well.

The Test series against Pakistan and New Zealand will give the Sri Lankans a chance to sort out a few issues. Top of the list of priorities would be to sort out the bowling department. Since Muttiah Muralitharan retired, Sri Lanka have won just one Test of their 19 Tests (since August 2010). With the exception of Rangana Herath and probably Chanaka Welagedara, the rest of the bowlers tried out during the last 20 month period have been ordinary.

Shaminda Eranga, who impressed against Australia last year, has been injured ever since and he deserves another opportunity after impressing with both pace and confidence the last time he played for the country. The biggest disappointment during the last year has been Suraj Randiv who has looked flat.

The openers have been another issue. Although Lahiru Thirimanne promised a lot as an opener during Sri Lanka’s tour of England last year, the signals the chairman of selectors Ashantha de Mel has given doesn’t speak too well for him.

Tillakarate Dilshan too has struggled since his swashbuckling hundred at Lord’s last year. His march towards a double hundred at the home of cricket ended seven runs short when he fractured his thumb facing a Steven Finn delivery. The feeling that he rushed back to competitive cricket has been highlighted as one reason for his disappointing run so far. But Dilshan is extremely vital for Sri Lanka’s success given his versatility and the local fans would be hoping that he fires soon.

By looking at the bigger picture Sri Lanka should not be losing their focus on the job at hand. They need to improve on their official Test rankings, as they are currently at number six and can not afford to go any further down. But while competing against a very good Pakistan side and a weak New Zealand outfit, Sri Lanka’s coach Graham Ford will be surely keeping an eye on the bigger picture.