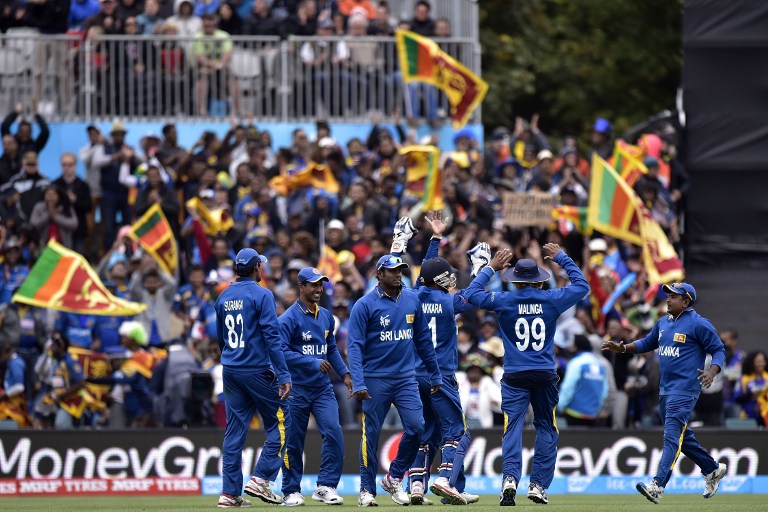 It can only get better from here for Sri Lanka. © AFP PHOTO

My message to Sri Lanka — the squad and the fans following the action at home and all around the world — after the hammering the side suffered in the ICC Cricket World Cup 2015 opener against New Zealand in Christchurch, is simple: don't panic.

The margin of the loss, by 98 runs, and the nature of it, with the side conceding 331 runs amid a lack of control from most of the bowlers, and at least four dropped catches, followed by a disjointed batting display, is a worry, of course. But, at the same time, there also needs to be some realism. After all, it is not as if Sri Lanka came into the match in great form.

The squad, as a whole, has struggled to find its best touch over the past month in the same conditions. The day of the match dawned bitterly cold — just about as un-Sri Lankan as it gets — and they were up against a New Zealand side playing at home, and close to their best. As an assignment, it was always going to be tough.

The good news is that the team now has two very winnable matches next up, against tournament first-timers Afghanistan in Dunedin on February 22 and then Bangladesh in Melbourne — a city full of Sri Lankans guaranteeing great support — four days later.

And if, as I expect, the side wins those matches then they will have some momentum and confidence going in to the next big game for them, against England in Wellington on March 1.

The bowling against New Zealand, apart from Rangana Herath, looked weak and there for the taking, but there is no point in getting too down about that, as it is not as if extra players can be called up. The team has to make do with the resources at their disposal.

And although Lasith Malinga's figures look like a horror show, with 0-84 from his 10 overs, he will have benefited from the outing. We have to be realistic about him, after all. He is coming into the tournament off the back of no cricket since his ankle surgery last September, and it will take time for him to get back to his best. And, the chance to get more overs under his belt against Afghanistan and Bangladesh will be good news for him and for Sri Lanka.

I am certainly not massively depressed about what has happened in Christchurch against the co-hosts. Yes, it was a loss and a bad one too and I never like to see the side lose, but there is enough experience within the playing group to try and put things right and, thinking positively, they will all know they cannot play as badly again.

In fact, if you consider the start New Zealand made, blitzing 77 in the first 10 overs led by Brendon McCullum, you can say Sri Lanka did well to keep the home side's final score to 331, when a score well in excess of 350 looked very much on the cards.

Herath bowled beautifully amid the carnage, and that was outstanding considering the Hagley Oval is not a large ground. Lahiru Thirimanne shaped up well at the top of the order and Angelo Mathews looked in excellent touch, only to find himself stranded with the tail in a hopeless situation after a middle order collapse.

I still believe Sri Lanka's players have enough about them in terms of talent and ability to do well in the tournament. The majority of them have been regulars at the back-end of ICC tournaments over recent years, and so they know what is required to get there.

Two wins in the next two matches will change the mood completely and if Sri Lanka reaches the quarter-finals — as they should — then they, along with every other side in the last eight, will know they are just three matches away from lifting the trophy.

So, Sri Lanka — keep the faith!