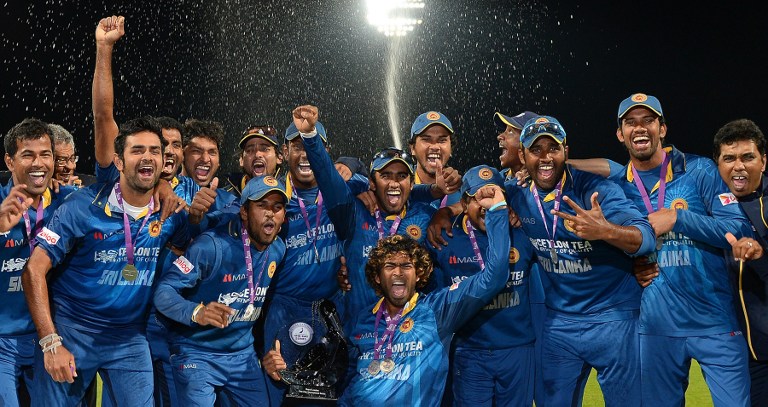 Sri Lanka’s 3-2 ODI series win against England allowed them to gain one ratings point to move up to 112, the same ratings points as India, in the ODI team rankings table. When ratings are calculated beyond the decimal point however, Angelo Mathews’ side is ranked ahead of India, and now sit in second place.

England have dropped one point to finish on 109, on par with South Africa. When ratings are calculated beyond the decimal point, Alastair Cook’s side is ranked behind South Africa, in fifth place.

Meanwhile, off-spinner Sachithra Senanayake entered the top 20 in the rankings for ODI bowlers for the first time. Senanayake, who claimed nine wickets in the series against England at 15.11, vaulted 20 places to 13th with 623 ratings points.

Tillakaratne Dilshan, the highest run-maker of the series against England (222 runs at an average of 44.40) moved up two places to seventh in the ODI rankings for batsmen, which was the only positive movement inside the top 10.