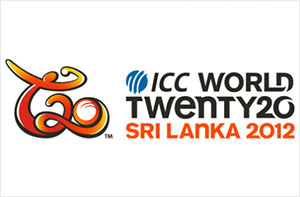 Trisha Chetty (33) and Shandre Fritz (14) blazed away for South Africa at the top, taking full advantage of the powerplay overs, even as Sri Lanka introduced spin as early as the third over to halt the South Africa side.

The hosts used as many as five bowlers in the first six overs. Inoka Ranaweera picked up two wickets, while leg spinner Deepika Rasangika took one.

Earlier, South Africa captain Mignon du Preez’s decision to bowl came as no real surprise, given that there was a hint of early morning drizzle. The South Africa bowlers vindicated that decision almost immediately as Sri Lanka slipped to 17 for four by the eighth over.

Hopes were pinned on Sri Lankan captain Shashikala Siriwardena, easily the side’s best batter. Once she was dismissed for seven, it was always going to be a tough task.

Dilani Manodara, who came in at No. 6, top-scored with 24. Along with Chamani Seneviratna, she added 31 runs in 29 balls for the seventh wicket — the highest partnership of the innings. But the partnership was broken courtesy of a run-out; one of five run outs in the innings.

Susan Benade and Dane van Niekerk were the most successful bowlers for South Africa, picking up two wickets apiece, while Chetty was awarded Player of the Match after her fine performance with the bat and behind the stumps, assisting with four run outs and effecting one catch and one stumping.