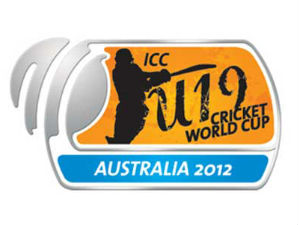 Picking two qualifiers from Group D of the ICC U19 Cricket World Cup 2012 will be an uphill task. Sri Lanka, South Africa and Bangladesh are capable of making it to the Super League stage, while Namibia can turn out to be the surprise package of the event.

Group D matches will be played in Brisbane and on the opening day Sri Lanka will take on Bangladesh at the Allan Border Field.

Sri Lanka finished fourth in the ICC U19 Cricket World Cup 2010, after losing a close semi-final to eventual winner Australia by two wickets. Sri Lanka’s under-19s then suffered a four-wicket defeat against the West Indies in the play-off for third and fourth position.

The islanders have featured in all the previous eight U19 World Cups. Their best finish was in 2000 in their own backyard, when they ended up as the losing finalist to Mohammad Kaif’s India. Sri Lanka have twice finished third (once in South Africa in 1998 and in Bangladesh in 2004), lost to New Zealand in the quarter-final in Malaysia in 2008, finished fifth in the inaugural event in 1988 in Australia and ended up sixth when the event was again held in Sri Lanka in 2006.

South Africa lost to Sri Lanka by 146 runs (D/L method) in the quarter-final of the 2010 event, before defeating New Zealand by nine wickets in the fifth-sixth position play-off match.

South Africa, in seven appearances, has twice featured in the final but it is still searching for its maiden title. They reached the final in 2002 in New Zealand and in 2008 in Malaysia but lost to Australia and India respectively.

“No group in a World Cup is easy. But we are confident that high quality cricket will be played and that we can progress to the next stage," South Africa captain Chad Bowes said in a statement released by the ICC.

“South Africans are known for their fighting spirit and this team is no different. We have a culture of being physically and mentally strong and when we bring this onto the field, we are very hard to beat. We are a strong unit and within this unit there are players who can put us on top at any stage.”

Bangladesh is ranked ninth after a dismal performance in New Zealand in 2010 where it defeated Ireland in the ninth/10th position play-off. But the Bangladeshi under-19s have put up some very strong performances in previous events. They thrice won the plate championship (1998, 2004 and 2010), once lost the final of the plate championship (2000), finished fifth in 2006 and lost to South Africa in the quarter-final of the 2008 event.

“For us it is not just a question of reaching the knock-out stage. We are confident that if we play to our potential we will get there,” remarked Bangladesh captain Anamul Haque.

“The challenge is to go one better every time the opportunity presents itself.

“Bangladesh probably had the best U19 team in 2006 when we had players like Shakib Al Hasan, Mushfiqur Rahim and Tamim Iqbal and yet no Bangladesh team, including the class of 2006, has ever made it to the last four [of the Super League stage]. So, that’s a good target to have.

“It is important for us to get a win at, least, out of the first two games and after that we will have four days before the match against Namibia. Given the shape of the group, that match could turn out to be crucial in the race for reaching the knock out stage.”

Namibia is returning to the U19 World Cup after missing out on the 2010 tournament. Namibia is one of the six associate and affiliate member sides who came through the qualifying tournament staged in Ireland last year.

Steve Baard, Namibia’s captain, admitted his side was in a difficult group.

“We are in a very difficult group but that always encourages the players to improve on their performances against some of the top teams in the world. Going in as the underdogs, our expectation is always to upset the Test nations and measure ourselves against the best,” he said.

Baard said the event was an important one for Namibia.

“The ICC U19 World Cup is hugely important for Cricket Namibia and for the development of cricket in Namibia. We have a population of 2.3 million people and have a limited pool of cricketers to select from. By playing in tournaments like the U19 World Cup and excelling here will hopefully encourage more young promising cricketers to play the game and improve the level of cricket throughout the country.”

The U19 World Cup takes place from August 11 to 26 in Australia.