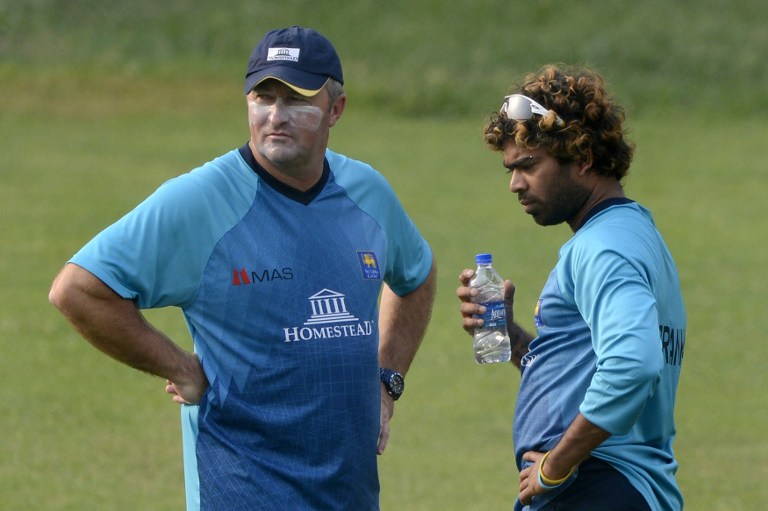 Sri Lanka were left searching for their seventh coach in four years after Paul Farbrace resigned on Tuesday to take up a possible assignment with England, Sri Lanka Cricket (SLC) said.

Farbrace, 46, has been linked to the post of assistant coach to Peter Moores, who was named England’s chief coach last week, replacing Zimbabwean Andy Flower.

The England and Wales Cricket Board (ECB) have yet to confirm Farbrace’s appointment, but SLC appeared certain that the Englishman will return to his home nation.

"National coach Paul Farbrace tendered his resignation and has indicated his unavailability to continue with immediate effect in order to take up an appointment with the ECB," SLC said in a statement.

Farbrace, the former Kent wicket-keeper, took over as Sri Lanka’s coach in January for a two-year term that was to include next year’s World Cup in Australia and New Zealand.

Under him, Sri Lanka won the Asia Cup and also grabbed the World Twenty20 title after beating India in the final in Dhaka earlier this month.

Sri Lanka will need a new coach before they head to England next month for two Tests and a limited-overs series.

Since 2010, Sri Lanka have had a succession of coaches in Trevor Bayliss, Stuart Law, Rumesh Ratnayake, Geoff Marsh, Graham Ford and Farbrace.