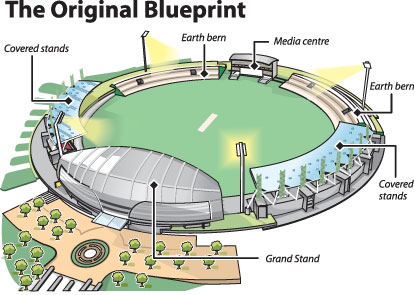 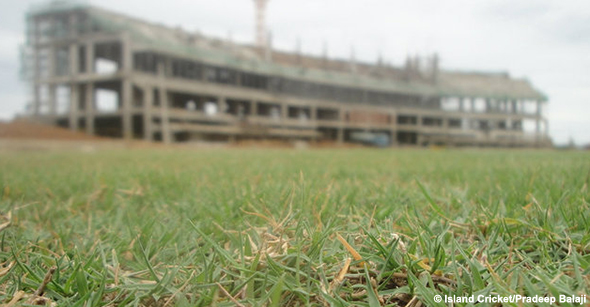 October 19, 2010 (Island Cricket): It was once nobody’s land and today everyone who knows he can score from it wants a piece of it for posterity hoping the passion of a nation can give them a place in history when the cricket World Cup starts in February next year.

On Sunday the men who think they matter put on a side show planting trees and making speeches while eluding peacocks made their customary catcalls from the adjoining bushes at Sooriyawewa in Hambantota as their land was being invaded in the name of cricket.

For the official launch of ticket sales for the World Cup, the place was teeming with politicians, officials, engineers and cricketers as foes tried to be friends. One of them was the mellowed down, Thilianga Sumathipala, once the most vibrant of cricket officials and now a mere spectator who was the honoured guest of the President’s eldest son and member of parliament, Namal Rajapaksa, who perhaps endeavoured to make some sense while the rest seemed out of place. 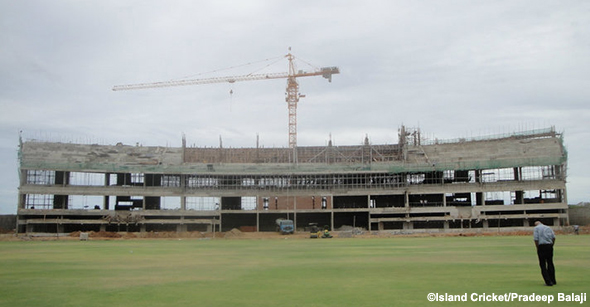 “I remember it was Sumathipala who conceived this idea to build an international venue in Hambantota with my father ten years ago. It became elusive with political challenges but nothing of that can be seen today”, said the swashbuckling ex-Sri Lanka youth rugby skipper who now dreams of leading the pack in the south.

He promised that the natural landscape and the local wildlife will be safeguarded and given top priority.

But speeches apart, the purists are biting their nails as the new venue, which still looks a mere shell, may embarrass Sri Lanka if it does not fall in line with time running out and only the playing surface ready as the clock ticks. But some officials are over the moon.

“We are ten days ahead of schedule and are fully confident it will be ready for the World Cup”, declared, Suraj Dandeniya, the tournament director of the Sri Lanka segment.

Sri Lanka hopes that an ODI it plans to host against the West Indies on December 9 could provide the final endorsement that the International Cricket Council (ICC) may need.

“I can assure you that this pitch will provide the fast bowlers with life and its hard surface will invite batsmen to plays shots”, said the country’s veteran pitch curator Anuruddha Polonnovita as he stood on the strip while the strong breezes moved across the ground carpeted with the finest of grass.

Just how much the 40-thousand capacity venue will cost is not clear, but a staggering two billion rupees may make up the final figure when the last file is closed on the table.

But how much of it will line the pockets of some shadowy officials at Sri Lanka Cricket will be the haunting question when the curtain is raised on February 19, 2011.

Ironically Sports Minister C. B. Ratnayake who had the guts to brand Sri Lanka Cricket as the most corrupt in the country graced the occasion as if nothing had happened and rubbed shoulders with the very men he wanted to rule out.

He may have raised eyebrows the first time, but on Sunday few people cared to listen to him.