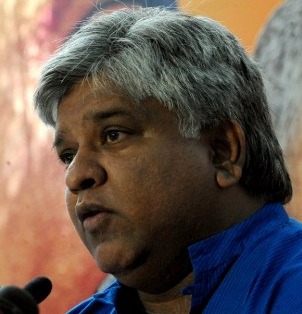 There were denials last week that former Sri Lanka captain Arjuna Ranatunga was fired from his post as chairman of Sri Lanka Cricket’s (SLC’s) interim committee by the then minister of spots Gamini Lokuge on the insistence of Board of Control for Cricket in India (BCCI) who took issue with Ranatunga’s opposition to the Indian Premier League (IPL).

Ranatunga has been a staunch critic of the IPL ever since the T20 tournament was launched in 2008.

There was no reason provided for Ranatunga’s removal and there is further proof that the four representatives, headed by former sports ministry secretary, were warned of a ‘slow death for Sri Lankan cricket’ if the SLC didn’t put their ‘house in order’.

At the said Bangkok meeting in 2008, the BCCI was represented by the sacked Chairman of the Indian Premier League (IPL) Lalith Modi, current BCCI president N. Srinivasan, who was the then secretary of the Indian board, and a prominent BCCI official Niranjan Shah.

Interested parties have taken advantage of the IPL by means of spreading untrue stories and telling half truths. And unless the board and the sports ministry draft a policy regarding the IPL, the tournament will continue to affect the interests of Sri Lankan cricket.

Remember, SLC was promised a massive financial relief to the tune of several millions of dollars in 2009 for sending their players for the IPL. The money never came and currently SLC only earns ten-percent commission for releasing their players. Previously, this commission had gone to player agents.

It could be argued that instead of sending the players for the IPL, had SLC played a third Test, ODIs and T-20s against England when they were here a few weeks ago, their earnings could have been far greater than the player commissions. On the whole, IPL has not helped Sri Lankan cricket at all. But individuals, of course, yes.

The current minister of sports Mahindananda Aluthgamage, despite all his unnecessary meddling with the day-to-day activities and the elections of sports bodies, has to be appreciated for his bold stance on the IPL. He called players to return early to travel to England last year but the rest is history. There was pressure from the higher-ups of the government and minister Aluthgamage had to eat his words and let the players have it their way in the end.

Since its start, the IPL has been in direct conflict with the affairs of Sri Lankan cricket. As readers may be aware, the Test series against England was cancelled in 2009, while several players arrived late in England last year as they had to complete their IPL stints. This year, the Test series against England had to be reduced to two as SLC had to release players to participate in the IPL.

Unless the authorities come up with a proper policy, IPL will continue to affect Sri Lankan cricket. Already Sri Lanka’s next tour to England in 2013 has been cut down to two Tests. In addition, it effectively means that in the near two-month period when the IPL is on Sri Lanka would not be able to play any international cricket.

No one is asking the players to skip their IPL earnings. But certainly, they can’t be bigger than the game and they have to follow the rules. The very players who opposed to going on the hastily arranged tour of England in 2009 mentioned that the 2011 tour of England is in the FTP and they will commit 100-percent for that series. However, they failed to arrive in time for the start of the tour and in the end even missed a warm-up game.

Why can’t SLC adopt a strategy like the West Indies have done? Yes, the players are free to play in the IPL but not at the cost of international cricket. IPL after all is a domestic tournament of a different country.

West Indies and Australia were involved in a keenly fought Test series when the IPL was taking place. Furthermore, after Sri Lanka rejected the ECB’s offer to play a Test series in England in 2009 it was the West Indies who filled the gap. That’s the kind of leadership that will serve Sri Lankan cricket well. The ability to take unpopular decisions.