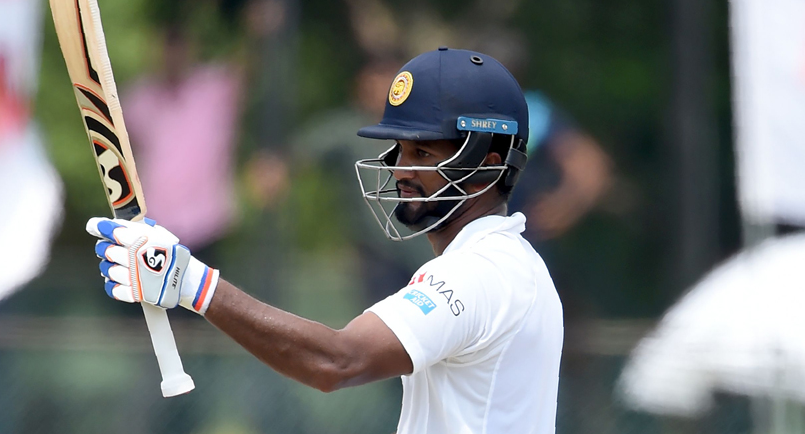 Dimuth Karunaratne's century was the only reprieve for the home team. © AFP

The fourth day of the second Test between Sri Lanka and Bangladesh saw the visitors edge closer to a big win away from home, while the hosts battled to keep themselves alive.

Sri Lanka started the day's play 75 runs behind and looked to be in trouble after the dismissal of Upul Tharanga in the second over of the opening session.

A gutsy second wicket partnership looked to have turned the tide for Sri Lanka, as Dimuth Karunaratne and Kusal Mendis added 86 to the total, before a middle order collapse saw the next four wickets fall for only 47 runs.

A century for Karunaratne was the only reprieve for the home team and a late cameo from Dilruwan Perera, who survived 126 deliveries for his 26 runs, took Sri Lanka to an overnight lead of 139 runs.

It was another day won by Bangladesh and they have set themselves up nicely for a final day shot at victory in their 100th Test match.

The tourists took eight wickets for the day, including three each to Shakib Al Hasan and Mustafizur Rahman, who tore through the Sri Lankan middle order after ending the valiant second wicket partnership.

Mosaddek Hossain appeared to have picked up the ninth wicket for the visitors at the end of the day but were denied an inside edge by the video replay.

Bangladesh will look to pick up the remaining two wickets early on the final day in hope of a run chase to complete a fairy-tale victory away from home.

Sri Lanka will hope that they survive the early stages of play, as any lead above 150 runs could be enough on a deteriorating wicket, but any chance they have of denying Bangladesh victory will need to be produced by a strong bowling performance.

Bangladesh will consider the Test theirs to lose and will look to wrap up the host's second innings with the bat as early as possible to leave them with the best part of the day to chase down the runs and register a rare win away from home.