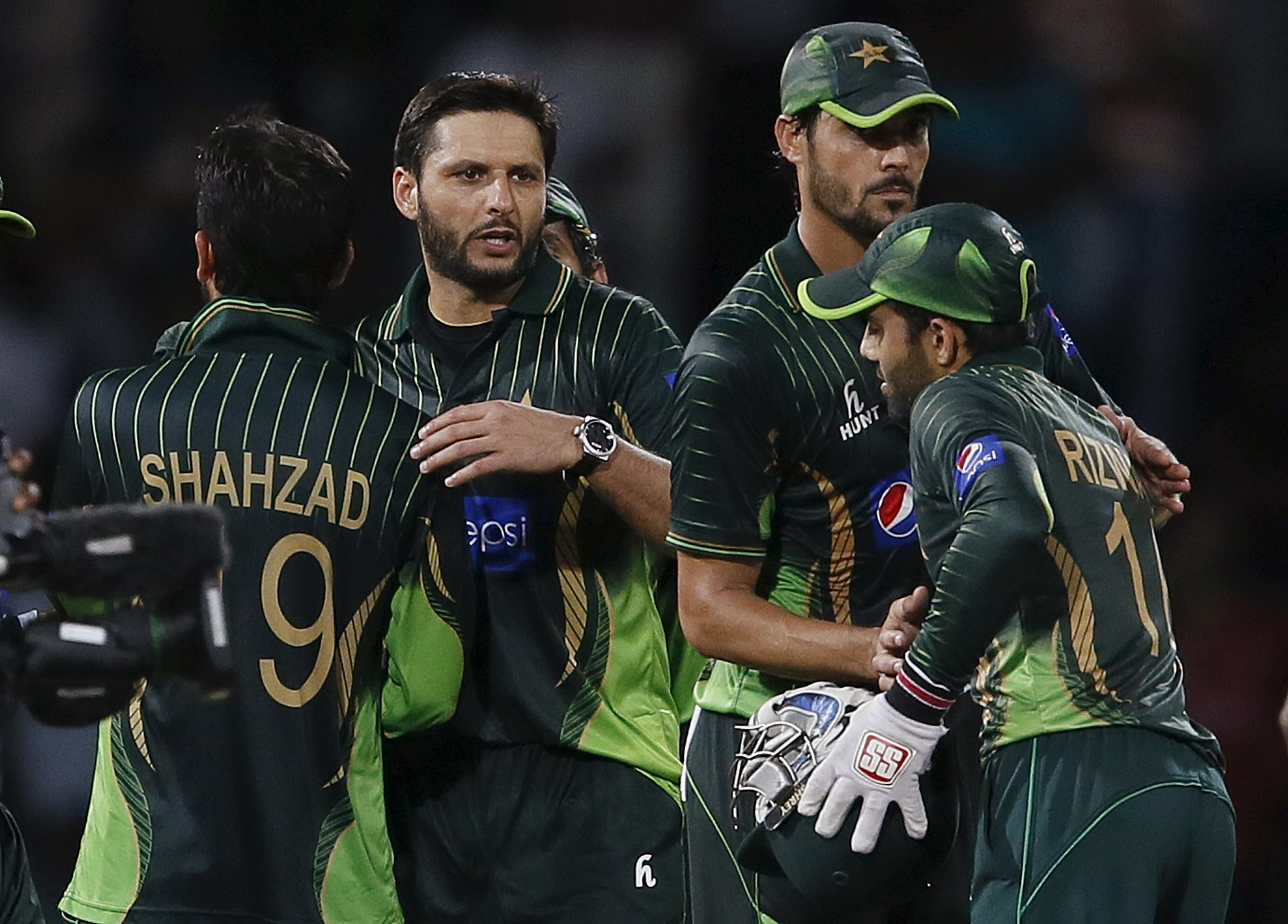 Pakistan continued their impressive tour of Sri Lanka by comprehensively beating the hosts by 29 runs in the first Twenty20 International of the two-match series on Thursday.

Opting to bat first, the tourists, who had clinched the preceding Test as well as the ODI series, posted a strong total of 175-5 with Ahmed Shehzad, Umar Akmal and Shoaib Malik contributing 46 runs each.

Shahid Afridi's team then restricted Sri Lanka to 146-7 at the R Premadasa Stadium to ensure Pakistan would not lose any of the three series on their tour of the island nation.

Set an imposing target, Sri Lanka had lost both openers by the second over and were never really in the chase.

Milinda Siriwardana (35) and Dhananjaya de Silva (31), two of the four players who made their 20-over debut for Sri Lanka in this match, tried their best while Chamara Kapugedera (31) clobbered three sixes in his unbeaten 16-ball blitz but it was not enough.

Left-arm paceman Sohail Tanvir was the pick of the Pakistan bowlers, claiming 3-29, which also earned him the man-of-the-match award.

Shoaib Malik was in an aggressive mood right from the onset. © Reuters

After losing his opening partner Mukhtar Ahmed in the second over, Pakistan's Shehzad added 42 runs with Mohammad Hafeez to lay the foundation for a big total.

Malik and Akmal plundered 81 runs in 7.3 overs and took Pakistan past the 150-mark which made it a difficult chase for the hosts.

Akmal hit three sixes and as many boundaries in his 24-ball cameo while Malik remained not out after his breezy 31-ball knock.

The teams return to the same venue for the second and final Twenty20 on Saturday.