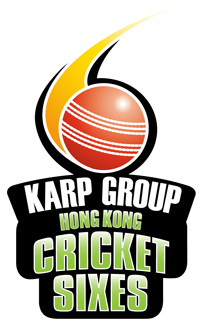 October 30, 2011 (Island Cricket): Sri Lanka defeated the Woodworm All Stars, which was captained by Sanath Jayasuriya, by four wickets in the first quarter-final of the 2011 Hong Kong Cricket Sixes tournament but lost to England by seven runs in the semi-final.

Jayasuriya’s All Stars bowed out of the tournament in the quarter-finals, failing to defend a sizeable total of 118 against the Sri Lankan team led by Chamara Kapugedera, who made it home in the very last delivery.

Jayasuriya was in good nick with the bat, blasting 34 runs, including five huge sixers, in the very first over to get the Woodworm All Stars off to a great start. The impetus was continued by Ryan ten Doeshcate (32 not out) and Lou Vincent (30), as the All Stars set a daunting target.

Sri Lanka’s best bowler was Thisara Perera who conceded only 10 runs and grabbed the vital wicket of Shahid Afridi caught and bowled. Perera was unable to follow that up with the bat being run out without scoring but fine knocks by Kushal Perera (34), Dilshan Munaweera (34) and Sachith Pathirana (33) helped the island nation squeeze out victory in the very last ball.

Pathirana was the hero for Sri Lanka. Needing four runs off the last delivery, he smacked Indian leg-spinner Piyush Chawla for a massive six.

In the semi-final, captain Kapugedera, who was carrying an injury going into the game, won the toss and chose to field first. That injury forced Sri Lanka to turn to Kushal Perera to bowl an over. Strangely, Kapugedera chose to bowl Kushal Perera in the final over of England’s innings and the over cost 29 runs, propelling England to a mammoth 101/2.

Sri Lanka’s run chase got off to a terrible start, as they lost opener Kushal Perera for a duck, Kapugedera for 6 and Dilshan Munaweera for 2. But amid the fall of wickets, big hitting Thisara Perera stuck several hefty blows, sending the ball out of the Kowloon Cricket Club ground. Perera retired on 31, which left Sri Lanka’s remaining batsmen with too much to do.

But former Sri Lanka under-19 captain Chathura Peiris and Sachith Pathirana ensured the islanders would not go down without a fight. The pair fought to the very end, hitting five sixers between them, to take the semi-final down to the wire. Sri Lanka eventually lost by just 7 runs.