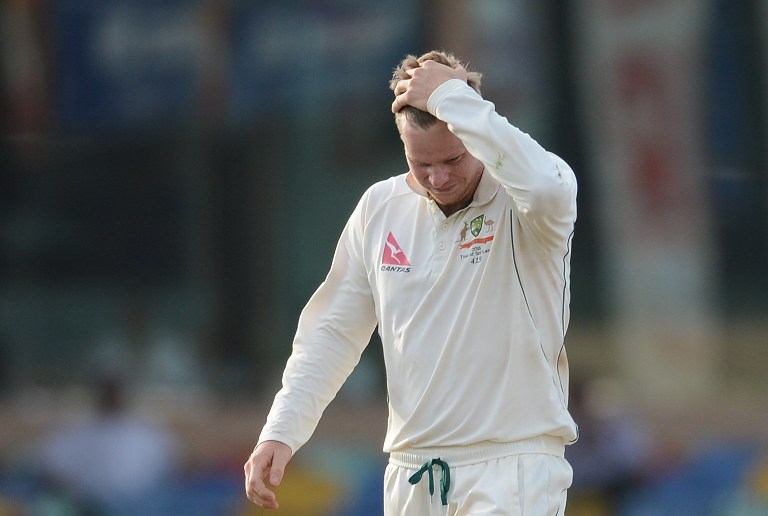 Steve Smith's men have been woeful in this series and they now face a daunting run chase to avoid a whitewash. © AFP

Australia are chasing 324 to win the third and final Test in Colombo, after Sri Lanka added 35 runs to their overnight score to declare on 347/8 on the fifth day.

The visitors are looking to avoid a 3-0 whitewash, as Sri Lanka have already clinched the Warne-Muralitharan trophy with victories in the first two Tests.

Australian batsmen showed resilience in their first innings, despite struggling against Sri Lanka’s spinners all series, but are faced with a dry, spinning day-five wicket at the Sinhalese Sports Club.

Dhananjaya de Silva continued on from his first innings century with 65 off 74 balls, which saw the hosts build a lead beyond 300.

Four wickets for Nathan Lyon (4-123 in 37 overs) made him the pick of the Aussie bowlers.