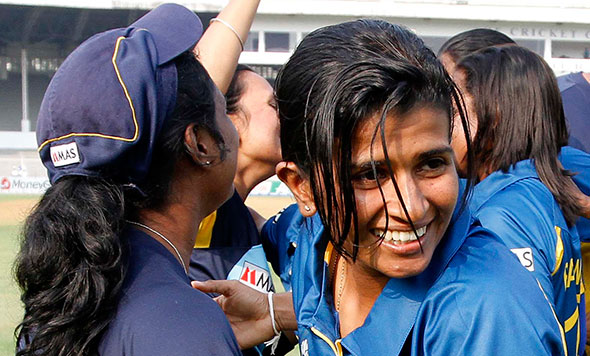 Two players from Sri Lanka’s women’s cricket team hold pole position in the ICC T20I rankings for bowlers and for all-rounders, the ICC announced on Wednesday.

This is the first occasion both players have reached the top spot in the rankings.

Sri Lanka opening bowler Prabodhani, who claimed five wickets at an average of 9.40 and at an economy rate of 3.35 at the Women’s WT20, now has a best-ever 657 ratings points. The left-arm medium-pacer leads number-two ranked New Zealand’s Morna Nielsen by just five ratings points in the T20I rankings for bowlers.

The current number-one ranked T20I all-rounder Siriwardena has moved up four places to ninth in the bowling rankings as well.

The rankings will be updated on April 7, following the final of the Women’s WT20.