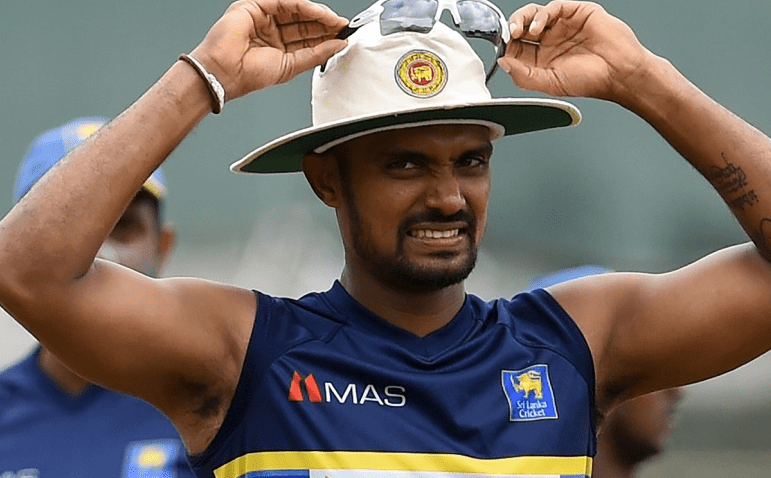 Danushka Gunathilaka has served a Sri Lankan newspaper with a letter of demand after the paper in a recent news report alleged the opening batsman had intentionally concealed an injury and travelled with the squad for the Asia Cup without his bats for the tournament.

The report published earlier this week on The Island insinuated Gunathilaka, who has been in the news in recent months over disciplinary issues, had not been forthright with Sri Lanka Cricket (SLC) about his injury for financial gain.

"According to the insurance scheme that is in place for contracted players, Gunathilaka will gain all payments due thanks to the 'loss of income clause'," the article claimed.

The letter to the newspaper from Gunathilaka's attorney, dated September 23, states that the claims made in the report were "designed to damage the reputation" of the cricketer.

"[M]y client was subjected to and passed the required medical checks prior to leaving Sri Lanka," the lawyer wrote. "I am specifically instructed to state that your statement that my client did not carry any bats on tour is false, absurd and has been made with a view to sensationalize the said article."

Gunathilaka's lawyer has demanded the newspaper publish an apology and remove the "defamatory" article within seven days.

The cricket board has not made a statement regarding the matter and recently also cancelled a press conference which was to be held to discuss Sri Lanka's embarrassing early elimination from the Asia Cup at the hands of Bangladesh and Afghanistan.

Guanthilaka returned from the United Arab Emirates after he had complained of back pain during Sri Lanka's first Asia Cup training session ahead of the tournament opener.