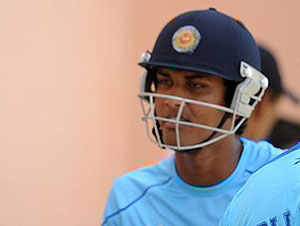 Dinesh Chandimal accomplished a rare feat when the 21 year-old scored more than 1000 runs at an average of 84.41 in the Premier League Tier-A tournament 2011. The Nondescripts Cricket Club’s prolific batsman scored four centuries and six fifties. Chandimal finished the tournament with 1013 runs and a highest score of 142 not out.

Ajantha Mendis was one of the biggest movers in the ICC Player Rankings for ODI bowlers. He moved up nine places in the rankings to break into the top ten securing eighth place. In the ODI player rankings for batsmen, Tillakaratne Dilshan progressed significantly to reach his career best ranking to date. He holds third position in the rankings. Kumar Sangakkara occupies fourth place and Upul Tharanga moved up three places to 26th position ahead of Mahela Jayawardene, who moved up three places to 28th.

"I have asked the inspector-general of police to investigate these claims and give a report to me," sports minister Mahindananda Aluthgamage told reporters on May 2, after Hashan Tillakaratne claimed that match-fixing has been rampant in Sri Lankan cricket since 1992.

“I am planning to hold a press conference soon and will reveal more details on this,” former Sri Lankan captain Arjuna Ranatunga told Mid-Day on May 3. “I am suspicious about at least two matches. Sri Lankan players had no money then."

“The truth would not have come out even now had this not been revealed by Tillakaratne," Ranatunga added. 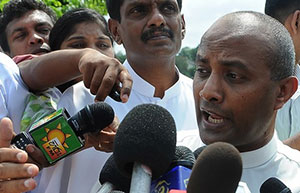 Meanwhile, Tillakaratne told the local media that he was withholding names of those involved in match-fixing under the advice of his lawyer.

“I have consulted my lawyers and based on legal issues I was advised not to reveal the names of players whom I said would reveal,” Tillakaratne said.

Sri Lanka’s Sunday Leader later reported that Tillakaratne had been summoned by the CID to make a statement.

Billy Doctrove, Rod Tucker and Aleem Dar, along with match referees Javagal Srinath and Alan Hurst have been named as match officials for Sri Lanka’s tour of England, which gets underway with the first Test match on May 26.

Pallekele to be named after a politician

Despite suggestions last year that the Pallekele stadium would be named after Muttiah Muralitharan, the Kandy Municipal Council passed a resolution to name the stadium after former sports minister Lakshman Kiriella.

The first edition of Sri Lanka’s own IPL-style Twenty20 tournament – the Sri Lanka Premier League (SLPL) – will get underway in mid July. Several international players have been confirmed to participate in the tournament that runs from July 19 – August 4.