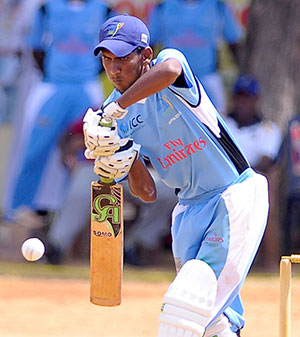 Sri Lanka Cricket (SLC) is to conduct a talent search for potential youngsters from the former LTTE controlled regions in the north and the east.

For two days next month, SLC would run coaching camps and conduct a talent search for under-14 to under-19 age categories in northern capital of Jaffna.

There will also be programmes for coaches and the schools’ masters in charge, a SLC release said.

The Jaffna programme will thereafter be repeated in the eastern provincial district of Batticaloa.

The annual cricket match between Jaffna’s two leading schools, St John’s College and Central College was however continued throughout the conflict.

The north tasted high level cricket for the first time in decades when Murali Cup games were staged last year — a T20 tournament for the under-19 teams from the regions as well as the leading school teams from the south.

Only very few Tamils have made it to the Sri Lanka national team since the country was admitted as a full member of the ICC in 1981.

Muttiah Muralitharan, a Tamil of Indian origin from the hill country, and Russel Arnold are those who made it big in the international arena.