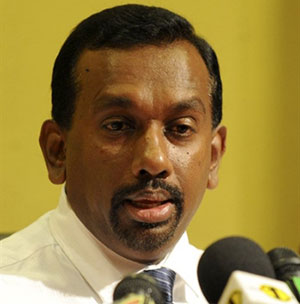 Sri Lanka Cricket (SLC), the governing body of cricket on the island, has been operating under a government appointed interim committee for more than five years.

“We will abide by ICC rules,” Aluthgamage said, adding that elections would be carried out in January.

The ICC announced at its annual meeting in Hong Kong this week that it would give member boards until June 2012 to follow through with the orders. Sanctions will be considered if the member board fails to implement the ruling by June 2013.

"It was a well-established principle of modern sporting governance that national federations should be autonomous and free from interference from government in the administration of their affairs," the ICC said in a statement.

The tenure of de Silva and Ranatunga, has left SLC seeking a two-billion-rupee bailout and a 1.5-billion-rupee loan from the state-run Bank of Ceylon. Cost overruns during the World Cup have ensured that their successors will inherit a debt of US $69 million.

The new interim committee will consist of the former SLC head Upali Dharmadasa, Kumar Weerasuriya and Sidath Wettimuny, along with Nimal Perera and Prakash Schafter, according to the Sunday Times report.