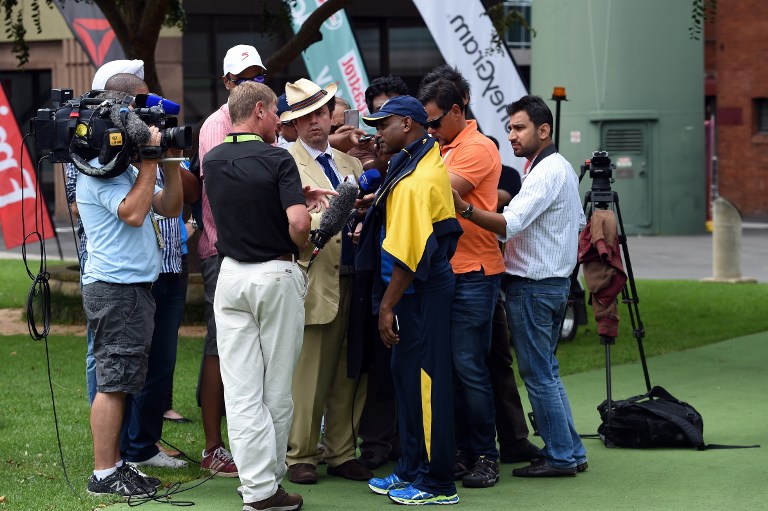 Many questions are being raised about World Cup selections. © AFP PHOTO

Silva, in a letter dated March 23, highlighted the questionable selections and was critical of SLC's hiring of head coach Marvan Atapattu.

"You may recall when we appointed the National Coach most of EXCO members were not in favor for the selection of the present National Coach," Silva wrote.

"Even [Sanath] Jayasuriya openly told at the EXCO that he was of the view that SLC should appoint a Foreign Coach, at least until the end of World Cup 2015. However some individuals at the EXCO strongly supported for the appointment of present National Coach. As many experts say, now I also believe that loosing of the World Cup hopes started on the day when SLC appointed the present National Coach.

"After his appointment, some of coaching staff were not happy and even now Chaminda Vaas openly has mentioned that his side of the story will be made available in due course. To counter some of the problems at coaching we had appointed Consultants during the World Cup, but we have been unable to achieve results as excepted."

Silva added that the selection committee's conduct was "questionable" and alleged that some selections were made "due to political influence."

"This is the first time that national selectors had selected potentially six opening batsman’s for a single tour," Silva further wrote.

"It is necessary to mention that SLC spends big money for Selectors. Their salaries and perks are more than Rupees 1 million per month. This is without their cost of travel during tours where we send one Selector on tour. There are 2 full time Selectors paid by SLC. The results of the World Cup which event everybody looks forward, do not justify this system and we should scrap this system in the future and have a different system at less cost as the selections were questionable both National and ‘A’ teams."