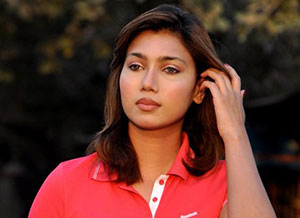 Sri Lanka Cricket (SLC) issued a statement today saying that it "condemns" an Indian actress’s claim that she was in a relationship with Tillakarate Dilshan during the ICC World Twenty in 2009.

The media spotlight was cast on Nupur Mehta after an investigation by The Sunday Times revealed earlier this month that bookies were using her to entice cricketers.

After originally denying ever meeting any of the players, Mehta later admitted to meeting them at a London casino.

Speaking to the Daily Mail yesterday, Mehta added a new twist to her story by claiming she was dating Tillakaratne Dilshan during the ICC World Twenty20 in England and she visited the casino with Dilshan.

"Sri Lanka Cricket stands by T.M.Dilshan at this critical time and condemns the accusations/comments made in the said article," the SLC statement said.

The statement added that SLC "does not intend on commenting on the said story any further in view of its baseless nature".