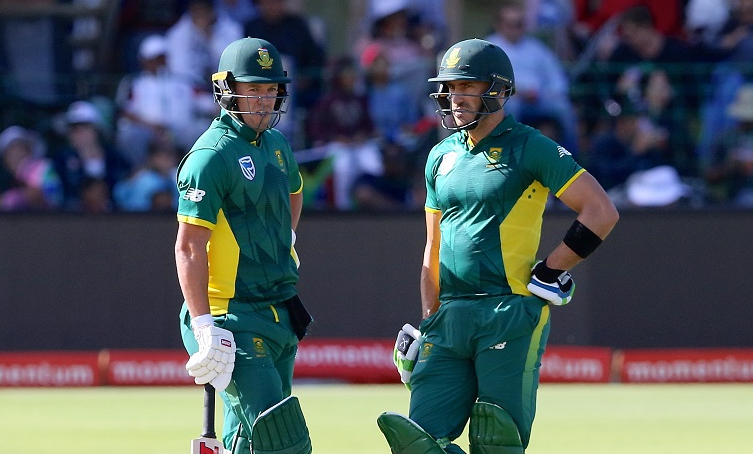 South Africa's experienced hands made light work of Sri Lanka in the opening match of the series. © AFP

After winning the T20 series 2-1, Sri Lanka were dismantled in the opening ODI of the series at Port Elizabeth.

Spinner Imran Tahir had one of his best outings as an ODI bowler, claiming 3-26, while Wayne Parnell took 3-48 before Hashim Amla sealed an eight-wicket win for South Africa with an accomplished 57.

Kusal Mendis stood alone in Sri Lanka's paltry total of 181. His 62 meant that he was the only Sri Lankan batsman to score more than 30 runs in the innings. Sri Lanka had already fallen to 14/2 by the time he was met at the crease by a cautious Dinesh Chandimal.

Far more circumspect than he had been in the Test series, Chandimal put on 72 for the third wicket with Mendis. However, his 22 in a 93-minute stay did not help Sri Lanka's run-rate, and when he was eventually bowled by Tahir to leave the score at 86/3, it was already the 24th over.

Mendis perished soon after to leave Sri Lanka tottering at 99/4 when he was LBW to Tahir, and when Upul Tharanga fell just three runs later, an elated Tahir had his third wicket, with Sri Lanka's innings in a mess at 102/5.

The talented Dhananjaya de Silva did his best to string together a decent score, batting well with the tail, but he was unable to convert his own solid start. He fell with five overs still remaining and the score on 170/9. It was Parnell who removed him for 28, adding to his earlier scalps of Niroshan Dickwella (1) and Sandun Weerakkody (5).

When Suranga Lakmal was bowled by Chris Morris, Sri Lanka had been bundled out for just 181. It was nowhere near competitive against a team that has invested the majority of its stocks in its batting.

And it proved to be the case, with Quinton de Kock (34 from 40 balls) and Hashim Amla adding 71 for the opening wicket before de Kock was caught by Weerakkody off the bowling of Lakshan Sandakan.

Amla was caught and bowled by Gunaratne, finally dismissed with the score on 131/2. Amla had lasted 71 balls for his 57, which included a six. His captain Faf du Plessis then calmly finished things off with AB de Villiers, adding an unbroken 54 for the third wicket to take South Africa home in a canter, with nearly 15 full overs to spare.

The second match of the five-match series takes place on February 1 in Durban.