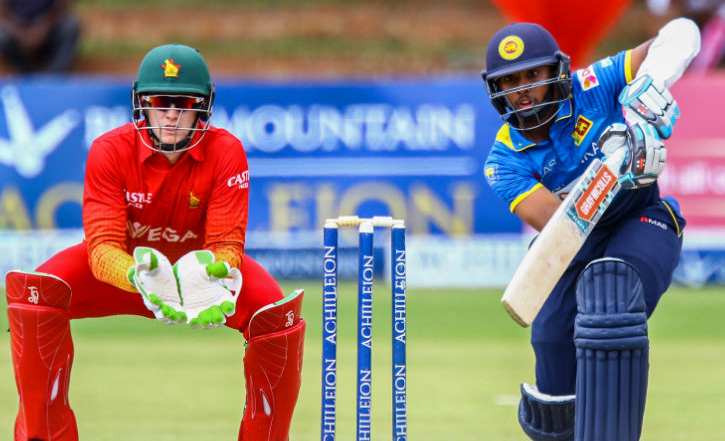 Sri Lanka chased down Zimbabwe's modest total but not before a few early hiccups in their innings. © AFP

Upul Tharanga and Kusal Mendis struck half centuries as Sri Lanka beat Zimbabwe by six wickets to clinch the triangular series trophy at Queens Sports Club in Bulawayo on Sunday.

After bowling Zimbabwe out for 160 inside 37 overs, Sri Lanka surrendered early wickets cheaply before Tharanga and Mendis chased down a target of 161 with more than 12 overs to spare.

Sri Lanka's top order were punished for a series of loose strokes as they sunk to 42 for three in reply to Zimbabwe's modest total, with left-arm seamer Brian Vitori picking up all three wickets.

But Mendis and Tharanga took a more circumspect approach, patiently adding 75 for the fourth wicket to make the result a formality.

Mendis fell for 57 with Sri Lanka requiring another 44 runs for victory, but captain Tharanga finished unbeaten on 57 to see his side across the line, before lifting the trophy from a series that also involved the West Indies.