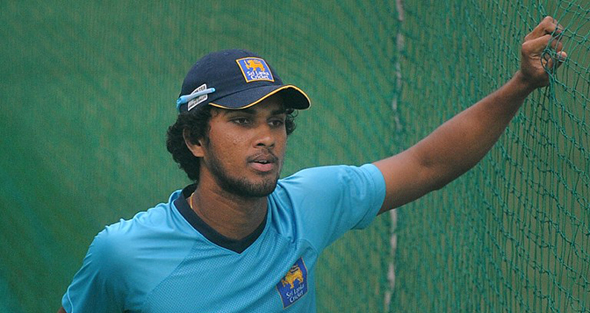 Sri Lanka’s T20 skipper Dinesh Chandimal has promised a strong fightback in the series decider against Pakistan on Friday after losing the opening T20 of the series.

"We will put our heart and soul and come back strongly," the Sri Lanka captain reassured fans from Dubai.

Fourth-ranked Pakistan defeated Sri Lanka in the first T20 in a tense encounter in Dubai to bolster their chances of toppling the world’s number-one ranked side from the top spot in the T20 team rankings table.

If Pakistan win the series 2-0, they move into pole position in the rankings, while Sri Lanka only need to win the second T20 to level the series and retain their number-one ranking.

Sri Lanka have held the number-one position for the last 14 months.

Chandimal attributed Wednesday night’s loss to the failure of his batsmen to score a competitive total and "the dew factor."

"After that, [our] bowlers did not bowl in right areas. [In] the end, after ten overs, the dew factor came into play and spinners couldn’t grip the ball."

The second and final T20 takes place at the Dubai International Cricket Stadium on December 13.