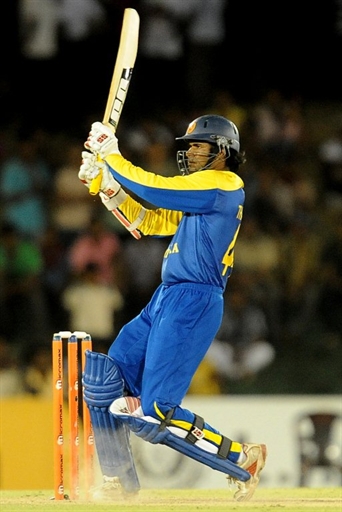 August 13, 2010 (islandcricket.lk): Sri Lanka beat New Zealand by three wickets in their first match of the tri-series in Dambulla today.

After winning the toss and choosing to bat first, the New Zealanders only managed a below par 192 all out. Bradley-John Watling on debut was the highest scorer for New Zealand.

Chasing 193 to win, Sri Lanka opted to take their power-play early in order to secure a bonus point in the tri-series. Although that resulted in the rapid fall of wickets, making the margin of victory seem close, Thilan Samaraweera and Chamara Kapugedera combined to see the hosts easily through; minus the bonus point, however.

With 70 runs next to his name, opening batsman Upul Tharanga was Sri Lanka’s highest scorer. Tharanga’s patient and well compiled knock showed maturity on a track that has become notoriously difficult for teams batting second.