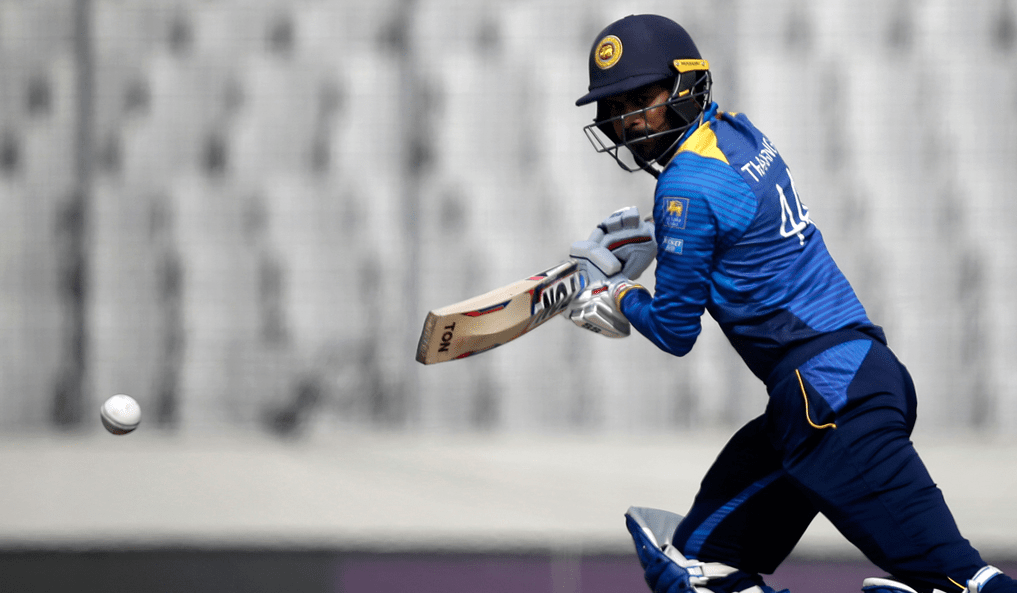 Sri Lanka have rebounded from a dismal run in ODIs in recent months to clinch the tri-nation tournament trophy in Bangladesh on Saturday.

Shehan Madushanka became just the fourth player to claim a ODI hat-trick on debut, as he cleaned up the Bangladesh tail to clinch victory for Sri Lanka.

It was Sri Lanka's first series under new coach Chandika Hathurusingha, and despite a poor start to the tri-series they recovered well enough towards the end.

Sri Lanka were bowled out for a lowly 221, batting first in the final, and Bangladesh looked to be on course for a win after the early loss of wickets; but with Shakib Al Hassan unable to bat due to a finger injury he had sustained earlier in the day, the hosts kept losing regular wickets.

Bangladesh recovered from 22/3 only to find themselves 90/5 in the 29th over, with the fourth-wicket partnership of 58 between Mushfiqur Rahim and Mahmudullah Riyad being the highest of their innings.

Man of the match Upul Tharanga combined with Niroshan Disckwella and Dinesh Chandimal to post two vital partnerships but Sri Lanka fizzled out and their middle-order could not finish the innings strongly.

In the end, Bangladesh batted more poorly and bungled what they would have felt was an easy chase in home conditions.

Thisara Perera, who had an exceptional series after averaging 44.66 with the bat and taking 11 wickets, was awarded man of the series.

Stand-in skipper Chandimal said his side were "over the moon" after the victory and said Sri Lanka were looking forward to the Test series against Bangladesh starting January 31.