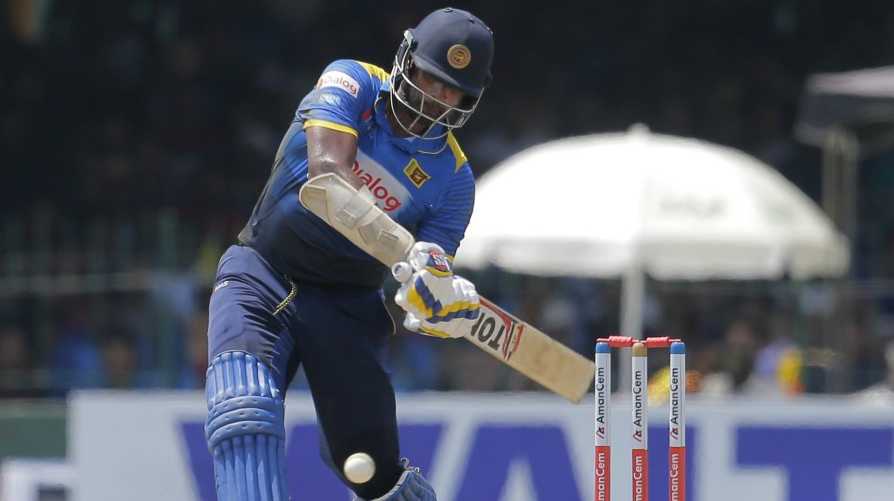 Thisara Perera, who walked in when the score was below 200, saw Sri Lanka to a competitive total. © Associated Press

Sri Lanka triumphed over a resilient Bangladesh in the third and final ODI at the Sinhalese Sports Club in Colombo on Saturday to square the series 1-1.

The home side made a strong start to their innings after being asked to bat first and were well on their way to a 300-plus total before the Bangladeshi bowling attack fought back to restrict Sri Lanka to 280 runs.

Sri Lanka's bowlers responded emphatically, getting several early breakthroughs to keep the tourists behind through the entirety of their innings to win by 70 runs.

The first 10 overs of the Sri Lankan innings could not have gone better for the home side who found themselves on the way to a large total with the run-rate at around seven-an-over, before the 11th over brought the breakthrough for Bangladesh with the wicket of Danushka Gunathilaka on 34 runs.

Upul Tharanga (35) appeared to be in sublime form but lasted only three more overs, although the hosts were still on track to exceed 300 runs.

Half-centuries to both Kusal Mendis and Thisara Perera kept the Sri Lankan total ticking over, but a late order collapse saw the home side's total restricted to a manageable 280.

How about that fielding display !!! Simply outstanding… great win fellows ..showed a lot of character and class !! #SLvBAN

"It was a must-win game for us [and] the way the guys came into this game was really good," Sri Lanka captain Tharanga said after the match.

"We had a very good start and the momentum was lost after the two run-outs in the middle overs, but I thought Thisara Perera was exceptional today. He showed lot of maturity during his knock. He took his time and finished the innings well."

There was some uncertainty about whether the Sri Lankans had made enough, but there was little doubt their bowlers and fielders were on a mission.

"We have attracted lot of criticism that we are not a good fielding side but we wanted to prove that wrong," Tharanga revealed.

The first three wickets fell in the first four overs and Bangladesh immediately looked in trouble.

Despite valiant half-centuries to Shakib Al Hasan and Mehedi Hasan Miraz, who was batting in his first ODI innings, Bangladesh found themselves seven wickets down at the halfway point of the innings and still 153 runs short of the Sri Lankan total.

The tourists' tail fought hard to stay in the contest but the bowling attack of the home side, led by a four-wicket effort from Nuwan Kulasekara, was too strong in the end. They finished the job in 45 overs, with the visitors 70 runs short of the target.

The win for Sri Lanka was an escape from further disappointment in ODI cricket — they not only salvaged a one-all draw for the series but also ended their six-match losing streak in the 50-over format.