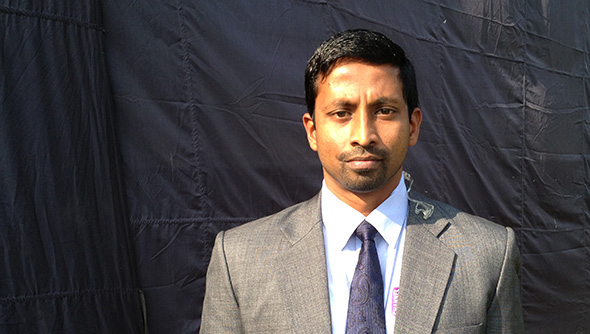 Russel Arnold has picked Sri Lanka and New Zealand as his top two sides most likely to win the ICC World Twenty20, which gets underway in Bangladesh on Saturday, but tips his native Sri Lanka over other teams to lift the trophy.

"I am going with Sri Lanka and New Zealand," Arnold told Island Cricket today. "I rate Sri Lanka highly, especially with them having spent the last two months in Bangladesh.

"Their success at the Asia Cup will boost their confidence, and what is most pleasing is that of late good performances have been from not just the seniors but the youngsters too.

"The side looks well-balanced."

The former Sri Lankan cricketer turned commentator believes that the number-one ranked T20 side Sri Lanka are better equipped to deal with conditions in Bangladesh.

"We then have Kusal Perera and Lahiru Thirimanne as extra batsmen and Seekkuge Prasanna and Nuwan Kulasekara to offer options with the ball."

Arnold picked mystery spinner Mendis and Mathews as the two players to watch out for in the Sri Lankan side.

Sri Lanka’s first match of the tournament is a warm-up match against India in Mirpur on March 17.