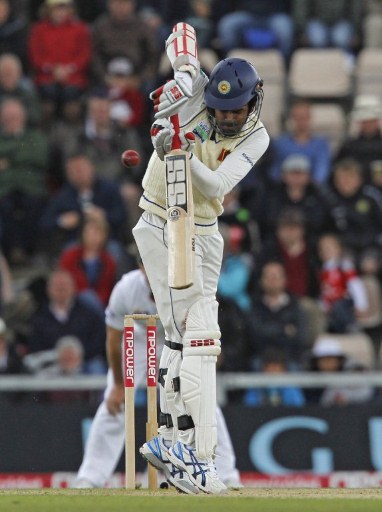 August 12, 2011 (Island Cricket): England Lions defeated Sri Lanka A by 97 runs at Worcester with Lions captain James Taylor top scoring with 106 in the first of three one day matches.

England Lions posted an impressive 310-8 which also included half centuries for Yorkshire team mates Jonny Bairstow (59) and Joe Root (62) having lost the toss and been put in to bat by Sri Lanka A. Root played an elegant innings which included a 94 run stand with captain Taylor. In marked contrast Bairstow came to the crease in the 40th over with England on 208-4, the Yorkshire wicketkeeper who scored a century against Sri Lanka A in the recent 4-day game blasted 59 from 26 balls in a 79 run partnership with Taylor to help the Lions to an imposing total.

The Lions made a perfect start with the ball when Steven Finn breached Dimuth Karunaratne’s defence in only his second over. Although Lahiru Thirimanne showed some resistance at the top of the order, wickets fell regularly with the tourists never looking likely to get close to the 311 they needed for victory. First James Harris induced Kaushal Silva into a mistimed pull shot to Hales at midwicket before Scott Borthwick struck with his first delivery, a leg break which clattered into Thirimanne’s stumps as he tried to force into the offside. Nash was celebrating an lbw in the next over and Sri Lanka slipped to 129-5 when Kushal Perera was run out following good work by Finn.

Sachithra Chaturanga and Kosala Kulasekara mounted a recovery of sorts with a 41-run stand which ended when Borthwick pouched the former at midwicket off Surrey’s Stuart Meaker. Borthwick then produced the perfect googly which bowled Kanishka Alvitigala leaving Meaker and Harris to mop up the Sri Lanka tail.

England Lions captain James Taylor said: "I’m delighted to get my first win as captain under my belt and to get a century after getting so close last week in Scarborough was really pleasing. I thought we played well today- we got a decent total and then put them under real pressure from start- it was a solid performance with bat and ball and we’ll be looking to continue that on Sunday."

England Lions and Sri Lanka A return to New Road on Sunday for the second one day match in the series with play due to begin at 10.45am.