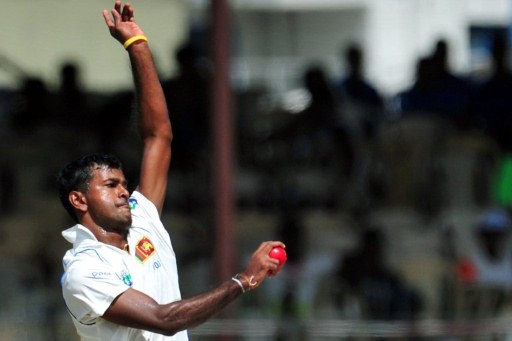 Sri Lanka’s sports minister Mahindananda Aluthgamage has not approved Nuwan Kulasekara’s selection and has instead approved the inclusion of uncapped Kanishka Alvitigala to join Dammika Prasad in flying to South Africa, as the touring Sri Lankans look to bolster their pace attack against the Proteas in the ongoing Test series.

Captain Tillakaratne Dilshan, on Saturday, said that he expected Kulasekara to join the squad shortly. But with the sports minister not approving the move, Kulasekara will likely only be a part of the ODI squad.

After playing 25 first class matches, 25-year-old Alvitigala has 51 wickets at an average of 32.35. He toured England earlier this year with Sri Lanka A, where he finished with match figures of 1/137 in the only unofficial Test.