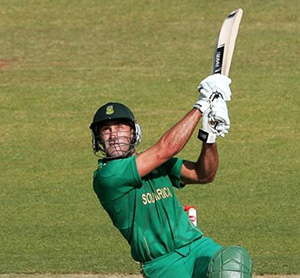 Dean Elgar and Faf du Plessis shared a third-wicket partnership of 292 runs to put South Africa A in total control on the second day of their four-day match against Sri Lanka A at Sahara Stadium Kingsmead on Sunday.

South Africa A finished the day on 425/6 with an overall lead of 255 runs, after they had dismissed Sri Lanka for 170 on the first day.

On the first day, Rory Kleinveldt and Wayne Parnell took 7 wickets between them in 29 overs and Sri Lanka were all out in 41 overs, which meant that Imran Tahir has not had a chance to bowl ahead of the Proteas’ tour of England.