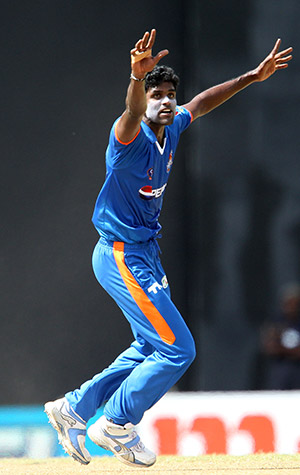 The SLPL’s impact on Sri Lankan cricket was direct and immediate. When SLC requested the deadline for naming the World T20 squads to be extended for them, they did it with the thought that the SLPL would force them to change their minds and also allow them to come to concrete conclusions about certain players. The 15-man squad they announced proved both cases to be true. Akila Dananjaya and Dilshan Munaweera were picked solely on their exploits at the SLPL. And the rest of the squad was more or less accepted as one of the best Sri Lanka has picked in years for any format of the game.

While Dananjaya went from obscurity to a household name in the space of three weeks, the SLPL also allowed Shaminda Eranga to finally showcase his talent at length. Prior to this, Eranga had been a player who flaunted exceptional skill, but appeared to be heading down the same path Dilhara Fernando has taken; always injured, and never in the side long enough to learn and grow to be consistent. Eranga is a rare talent who can swing the ball both ways at pace. This was his chance and he delivered. And even in these early stages, Sri Lanka’s Test future seemed pinned on how Eranga responds to the challenges ahead of him.

One player who did not make the squad was Chamara Kapugedera, and the SLPL opportunity seemed to breathe new life into him. Perhaps it was the release of pressure of not playing for his country, perhaps it was the comfort he derived from knowing he will be in the side every time he looked at a team sheet, or perhaps it was just pure luck, but Kapugedara batted like everyone thought he could when he first slayed Brett Lee for a few sixes in Australia. Was this a turning point in his career and for Sri Lanka? The bigger question is whether he will be allowed to prove it in Sri Lankan colors.

Another highlight of the SLPL was the chance to see Sri Lanka’s heir apparent Angelo Mathews lead a side for an extended run. By all accounts Mathews conducted himself admirably and was able to substantiate the hype around his captaincy credentials, this time with actual practical nuance. His side made the finals and his batting was sensational. This type of experience will be invaluable for Mathews going forward. He showed that he is more than capable of going up against his peers and coming out on top. The biggest plus was that he didn’t allow the responsibility to restrict his freedom as a batsmen. In fact, the opposite was true and this, more than anything, was extremely heartening to see from a Sri Lankan point of view.

Along with these players, a multitude of domestic players were given their first taste of a high profile event and facing up to top quality opposition and will be all the better for it. Of course, the impact of the SLPL cannot be measured by a few individual discoveries. The more important areas affected, at least at this stage, are intangible. The SLPL has sparked new interest levels in Sri Lankan domestic cricket. Provincial rivalries have been established – although at a very basic level – and fan bases have started to develop. It is also important to remember that the SLPL will provide SLC with an almost guaranteed revenue stream of two-million dollars a year, spread across seven years.

The tournament isn’t without its detractors though, but the SLPL didn’t set out claiming it would change Sri Lankan cricket overnight. Those were unnecessary expectations placed on it and those who believed in them were always going to be disappointed. Every journey must have a starting point and on that count the SLPL, has more or less, delivered.

Damith Samarakoon is the co-host of The Armchair Critics podcast and he also blogs regularly here.