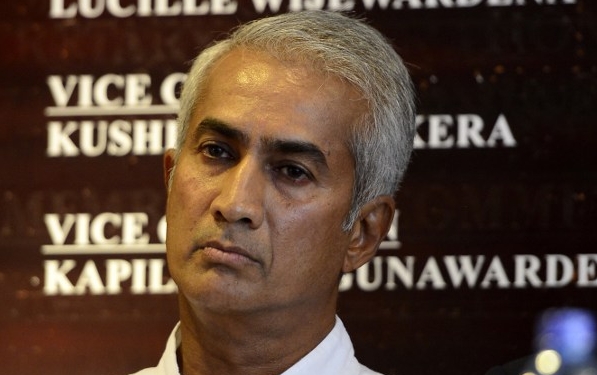 The chairman of the Sri Lanka Cricket (SLC) interim committee refuted local media reports claiming the International Cricket Council (ICC) did not meet with him during a recent meeting in Dubai between the two parties.

The Sri Lankan newspaper the Sunday Times reported that the visit to Dubai was a wasted exercise for SLC interim committee officials, as the ICC had "excluded" them from the meeting.

"This is an absolute false statement, as we all met the ICC officials at the same time," Wettimuny told Island Cricket.

"The sports minister, secretary Prakash Schaffter, Nuski Mohamed and I met with ICC officials and had a cordial meeting," Wettimuny added.

"The ICC promised to release funds based on SLC cash-flow requirements up to the end of the year."

The ICC last month announced that it would divert payments, owing from the ICC to SLC, to an escrow account until the sports minister provided an explanation for his decision to appoint an interim committee for SLC, instead of a democratically elected administration, which the ICC constitution requires.

"The ICC stated there is an issue because of their current constitution," Wettimuny explained. "The minister, in turn, advised them on why he appointed an interim committee.

"The ICC understands the minister's decision."

"On the contrary, some of the most successful times in Sri Lankan cricket was under some interim committees," he said.

"I can assure you that this interim committee under my presidency will focus entirely on developing cricket in Sri Lanka and infrastructure that benefits cricket directly.

"The minister informed the ICC that by January he will hold elections."

Wettimuny was unable to answer why two former officials, Nuski Mohamed and Jayananda Warnaweera, who were part of the the previous SLC executive committee, were included in his interim committee, and requested that the question be put to the sports minister instead, as Mohamed and Warnaweera were selected by Dissanayake.