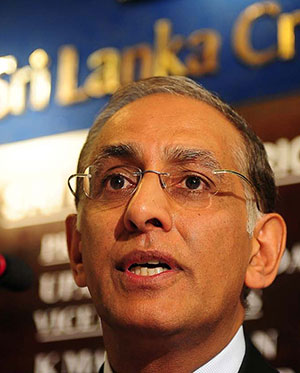 A statement released earlier today by SLC said that they would appoint three committees — finance, constitutional and administrative — to "discuss" the report and "make recommendations".

"The committees were given time until 15th January 2013 to submit their reports for possible implementation of the findings by 1st February 2013," the statement said.

SLC did not name the individuals who would make up the three committees.

Lorgat was hired by the Sri Lankan cricket board as a special advisor to the assist the penniless board with recommendations on improving its current woeful financial state — his report was released last month.

The report largely called for better governance and changes to laws that have allowed for interference from the government.

The cricket board fell into dire debt after budget overruns during the construction of stadiums for last year’s ODI World Cup. A government-appointed interim-committee in charge of the cricket board at the time chose to construct a new stadium named after the Sri Lankan president in his hometown Hambantota.